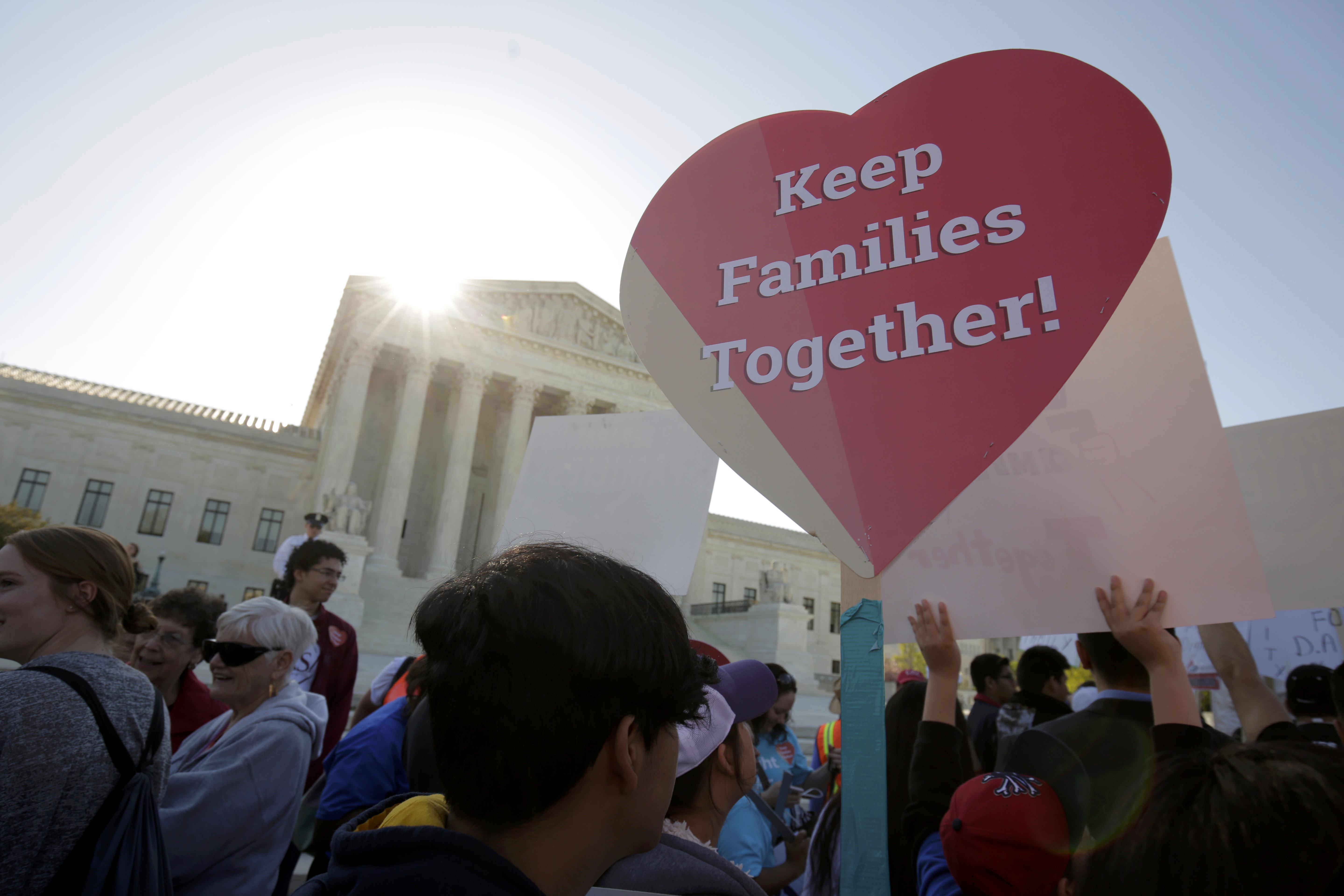 Activists supporting President Obama's executive actions on immigration rallied outside of the Supreme Court Monday morning as the justices heard oral arguments in the case that challenges them.

Hosted by the Fair Immigration Reform Movement, the rally was expected to draw "thousands" of families and advocates in support of the actions.

The high court heard oral arguments in United States v. Texas. Twenty-six states, including Texas, sued the Obama administration for the executive actions Mr. Obama signed in 2014 that were intended who defer deportation for millions of undocumented immigrants, specifically for the parents of legal U.S. residents. That program is known as DAPA.

Rep. Joaquin Castro, D-Texas, said the U.S. has always been a nation of immigrants. He said his grandmother came to the U.S. as a six-year-old orphan in 1922 from Latin America.

"Each generation of immigrants and their families [are] working hard to build a better future for the next. That was the story 100 years ago, 150 years ago. And it's the story with our immigrants today," he said. "These are people who working hard. They are responsible people who are paying their taxes and raising their kids to be good people. They are, of course, people who work in the fields, in hospitals, they work in office buildings. They're also valedictorians. They are dreamers and college students."

Senate Minority Whip Dick Durbin, D-Illinois, said he introduced the Dream Act 15 years ago, which was intended to give immigrant students the chance to earn U.S. citizenship. In 2012, Mr. Obama issued an executive action that created the Deferred Action for Childhood Arrivals program (DACA), which has allowed certain undocumented youth to remain in the country legally. DACA remains in effect and isn't being challenged by the Supreme Court.

He said when he introduced the Dream Act, young people would approach him by his car when he would leave the Senate and would whisper to him that he should work hard for them.

"They are no longer whispering in the dark," Durbin said. "They are standing here today -- undocumented and unafraid. They're asserting their rights to be part of the future of America."

The court's decision would come by the end of June, and it could result in a 4-4 split because the ninth seat remains vacant due to Justice Antonin Scalia's death in February. If the court is deadlocked, the lower court's ruling will stand.