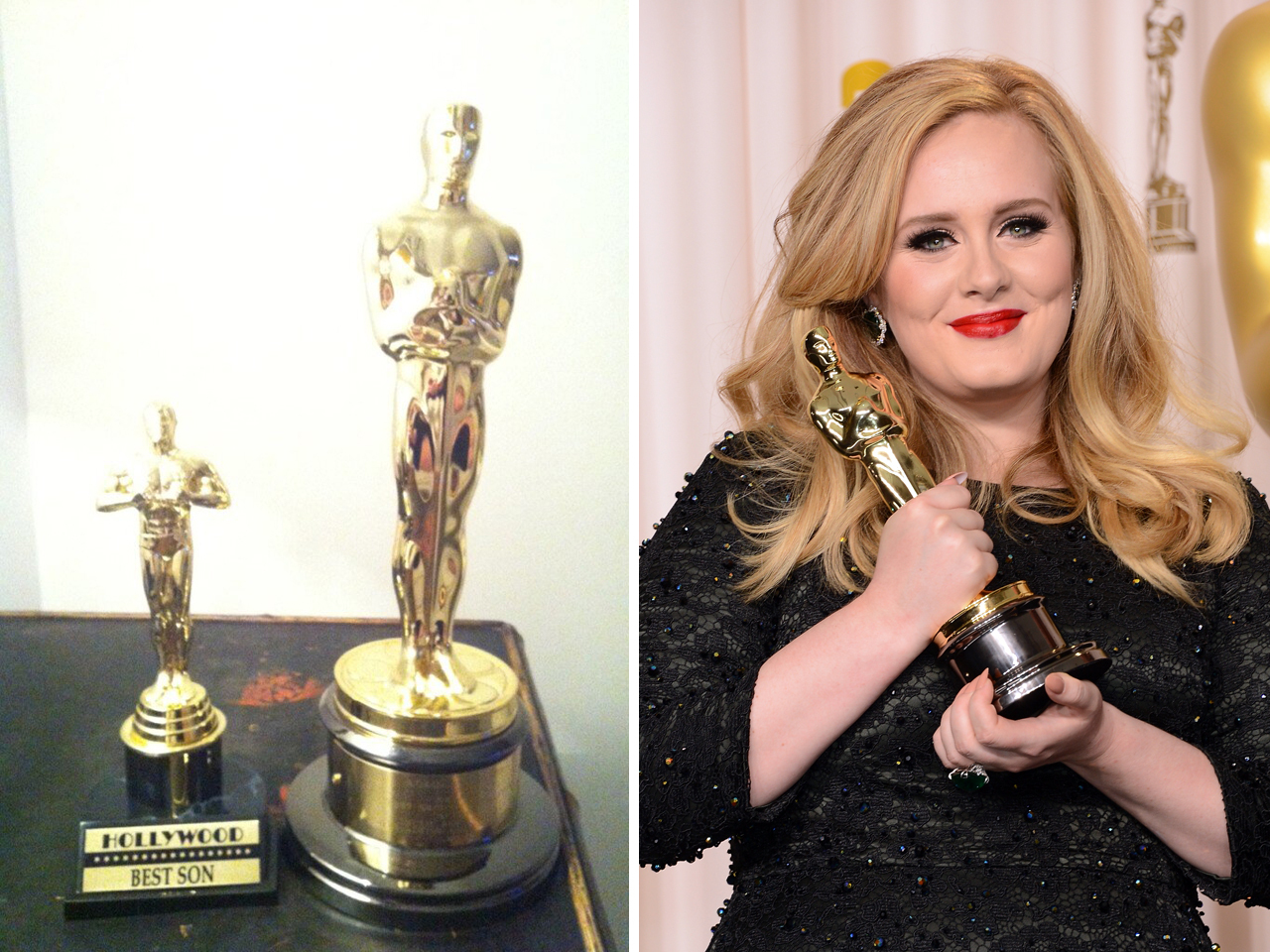 Adele shared a photo on Twitter showing herrecently-received Oscar (won for singing the theme from "Skyfall") standing proudly next to a matching mini-statuette for her baby boy.

"...and we're home! What an epic trip. Thanks for having us, Hollywood!" she wrote.

Adele, 24, has not yet revealed the name of the baby boy she welcomed in October with boyfriend Simon Konecki.

The Oscar isn't the only hardware she picked up during her time in Hollywood -- in addition to her Academy Award win (she alsoperformed during the ceremony), she picked up a Golden Globe for best original song for "Skyfall."