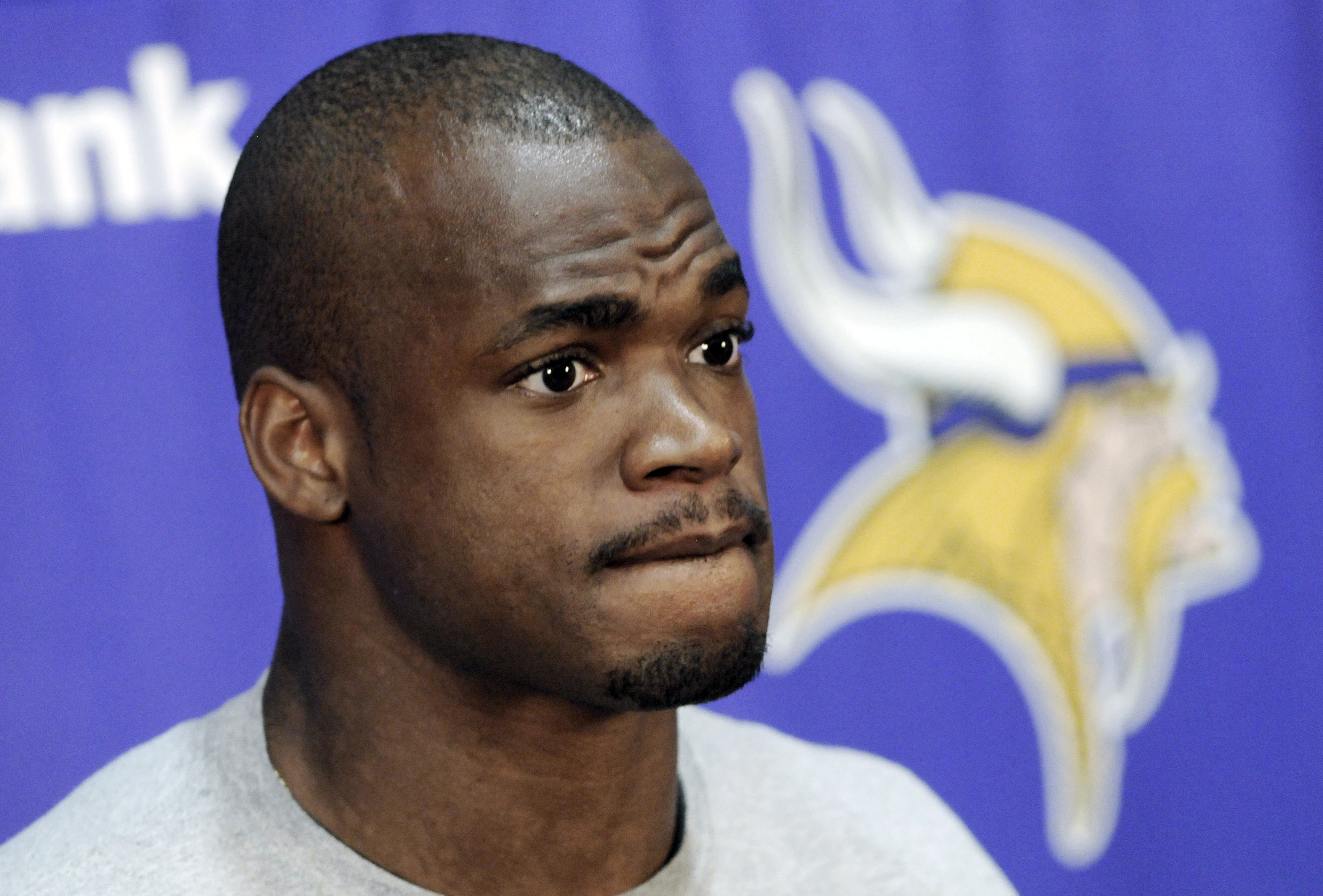 (CBS/AP) HOUSTON - Three police officers allegedly had to subdue Minnesota Vikings star running back Adrian Peterson on Saturday before taking him to a Houston jail for resisting arrest.

An off-duty Houston police officer was working security at a downtown nightclub early Saturday morning when he asked Peterson, 27, and a group of people who accompanied him to leave the club because it was closed, Houston Police Department spokesman Kese Smith said.

Kese said the off-duty cop identified himself as a police officer and left to tell other patrons to leave the club before returning to Peterson's group to again tell them to leave. Peterson told the officer he heard him the first time and allegedly pushed him in the shoulder, causing him to stumble.

The officer told Peterson he was under arrest and to put his hands behind his back, to which Peterson began yelling, pulled away and "assumed an aggressive stance," according to Kese. Another off-duty officer came to help and Peterson allegedly continued to struggle with them both.

Peterson was finally handcuffed with the help of a third off-duty officer. The football star complained of shortness of breath after being taken to jail. He was examined by Houston Fire Department personnel, who said he was OK.

Peterson was released from jail Saturday on a $1,000 bond, and is facing a misdemeanor charge.

Team spokesman Bob Hagan said Saturday the Vikings "are aware of the situation and are gathering more information."

Peterson ran for 970 yards and 12 touchdowns last season before tearing the anterior cruciate and medial collateral ligaments in his left knee on Dec. 24, The Associated Press reported. The injury-shortened season broke a streak of four straight seasons with at least 1,200 yards rushing for the former Oklahoma standout.