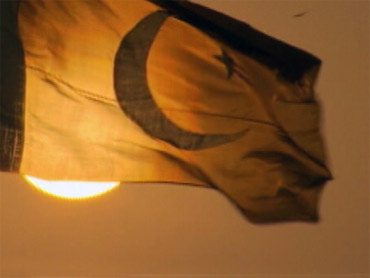 Afghanistan's cell phone companies and the Taliban have formed a kind of detente in the southern and eastern parts of the wartorn country. The phone companies shut down their cell towers at night, preventing local residents from discreetly calling coalition military tip lines. In exchange, Taliban militants don't target the costly cell towers with explosives.

It's a part of day-to-day life The Wall Street Journal explores at length. The deal between the phone companies and the Taliban isn't a secret to the Afghan government with the country's communications minister telling the newspaper, "We understand that in some areas, unfortunately, there is no other way ... We don't have security to protect the towers."

In several provinces, the country's major cell carriers — MTN Afghanistan, a unit of South Africa's MTN Group; Roshan, part-owned by Great Britain's Cable & Wireless and the Swedish-Finnish TeliaSonera group; AWCC; and Etisalat Afghanistan — switch off their towers at 5 p.m. and keep them idle until 6.30 the next morning.

The 13-and-a-half hours of wireless blackout can take a serious toll on the everyday lives of Afghans, especially in remote communities.

The newspaper interviewed a teenager whose father had the misfortune to become ill during the blackout, preventing the family from calling a taxi to transport the man from their village to a hospital in Kandahar city.

"We had to carry my father on the back of a donkey," lengthening the travel time to close to four fours, the man's son told the newspaper. "The doctors told me that it was just appendicitis. But we almost lost him."

The phone companies defend their actions by saying their joint decision to turn off the towers means fewer Afghans are at risk of dying in a Taliban attack.

The chief operating officer of Roshan, which serves 3.5 million Afghan customers, told the newspaper it powers down at least 60 of its 800 Afghan towers in Afghanistan every night.

"We play by their rules; we don't like to play around when people's lives are at stake," the executive said about the Taliban's threats. "From a political perspective, it's quite a coup for them."