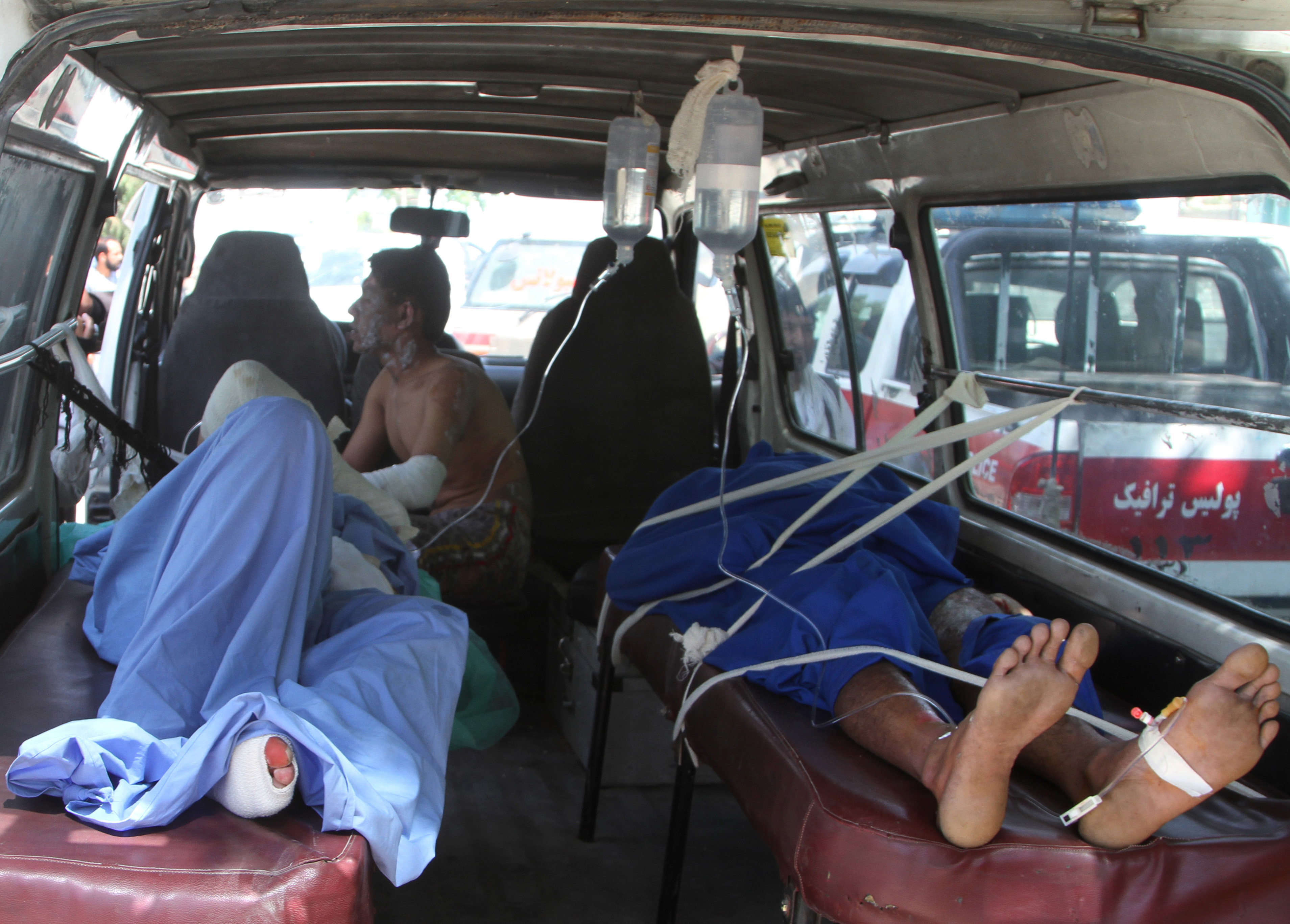 Another 73 people who had been on the buses were wounded in the accident, which set all three vehicles ablaze, said Jawed Salangi, spokesman for the governor of the eastern Ghazni province.

Records show the two buses were carrying a total of 125 passengers, Salangi said. "With 73 survivors out of the 125, 52 people are dead," he said, adding that the survivors had been transferred to hospitals.

The collision happened at 7 a.m. on the main highway linking the capital, Kabul, to the southern city of Kandahar. Salangi said the road had been cleared and re-opened early afternoon.

The buses were traveling one behind the other from Kabul to Kandahar when the accident happened, according to Mohammadullah Ahmadi, director of the provincial traffic department. He blamed the crash on reckless driving.

Road accidents are common in Afghanistan, where roads are often in poor condition and traffic laws are rarely enforced.