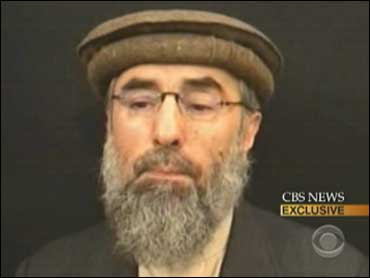 An Afghan militant group that has held peace talks with President Hamid Karzai wants to expand those negotiations to include the U.S. and NATO, a spokesman for the group told CBS News.

Representatives of the Hizb-i-Islami faction, led by warlord Gulbuddin Hekmatyar, presented Karzai with a 15-point plan this week during meetings in Kabul this week. Spokesman Haroon Zarghon said the group would like to discuss the proposal to U.S. and NATO officials as well.

The plan that a Hizb-i-Islami official e-mailed to The Associated Press was described as an offer of cooperation "to save our homeland from the ongoing painful condition" and permanently end war.

The top demand, repeated throughout the plan, is for foreign forces to begin withdrawing in July - a year ahead of President Barack Obama's desired deadline to begin a pullout.

After foreign troops leave Afghanistan, the group said presidential, parliamentary and provincial elections should be held in the spring of 2011. The group said the newly elected parliament would have the right to rework the constitution. Karzai has in the past agreed to negotiate with those that embrace the current constitution.

"Any internal and external elements who are opposed to this agreement and insist on fighting, we all will jointly deal with the war mongers to save our homeland from their curse," the plan states.

Zarghon said the proposal could be modified if the negotiations were expanded.

"After we enter a possible serious dialogue with Afghan Government, NATO and U.S., we could change some of demands and we are with open mind," he told CBS News.

U.S. military and diplomatic officials said no meetings were planned, but the new U.N. mission chief in Afghanistan said Tuesday that he backs the Afghan government's peace talks with the group.

"The talks are helpful and should be supported," said Staffan de Mistura, who added that he is confident that Afghan President Hamid Karzai was working to reform the election process so that parliamentary elections in September will not be a repeat of last year's fraud-stained presidential ballot.

In a wide-ranging news conference at the heavily secured U.N. compound in the Afghan capital, de Mistura said a dialogue with insurgents to find a political resolution to the 8-year-old war was a step in the right direction. But he said he had no immediate plans to participate in direct or indirect talks with insurgents like his predecessor, Kai Eide.

Less certain is whether the talks with the weakened Hizb-i-Islami faction represent a game-changer in the conflict, given its demand to rewrite the Afghan constitution and force a quick exit of foreign forces.

Hekmatyar's power has waned over the years and he commands far fewer fighters than the Taliban. Nevertheless, Hizb-i-Islami is very active in at least four provinces of eastern Afghanistan and parts of the north. His defection from the insurgency would be a coup for Karzai and could encourage some Taliban commanders to explore their own peace deals.

"Reconciliation is urgently needed," he said. "The U.N. is able to facilitate and help, but it has to be Afghan-led."

In meetings with the Karzai government during his first week on the job, de Mistura also said he was given strong assurances that a "major and constructive reshuffle" of the Afghan-run election commission was imminent. He said Karzai told him that the U.N. would choose the international members of the Electoral Complaints Commission, which oversees the Afghan elections and rules on the validity of votes cast.

The makeup of both commissions was widely contested in the presidential ballot that led to Karzai's re-election.

"Let's be frank," de Mistura said. "We are not in Switzerland. We are in Afghanistan so the elections are likely to be still imperfect, not perfect. But they need to be credible and inclusive for the sake of Afghans feeling that they are really part of it."

The meeting between Hizb-i-Islami and Karzai's government marked the first time that high-ranking representatives of Hekmatyar's group have traveled to Kabul to discuss peace. The reconciliation offer from Hekmatyar contrasts with his reputation as a ruthless extremist.

Talking with the Taliban and other insurgent groups is gaining traction in Afghanistan, even as thousands of U.S. and NATO reinforcements are streaming in to reverse the insurgents' momentum. The talks have not stemmed the fighting. NATO reported three service members were killed Monday in separate explosions in southern Afghanistan.

Hekmatyar, who is in his 60s, was a major recipient of U.S. military aid during the war against the Soviets in the 1980s but fell out of favor with Washington because of his role in the civil war that followed the Soviet withdrawal. The U.S. government declared Hekmatyar a "global terrorist" in February 2003, saying he participated in and supported terror acts committed by al Qaeda and the Taliban.

Unless that tag is removed, the designation could complicate any move by the U.S. to sign off on a deal, even though in recent years Hekmatyar has expressed a willingness to negotiate with the Karzai government.

A spokesman for Hekmatyar said the delegation had lunch with Karzai at the presidential palace and planned to meet with him again.

Karzai's spokesman, Waheed Omar, said the president would study the peace plan. "We're not in a position to comment on the concepts that they provided," he said.

However, Maqbul Ahmad, a deputy to a Karzai adviser who met with the delegation, said the two sides had resolved about 60 percent of the issues being negotiated. He predicted an agreement could be reached before the end of the week.

But some of the demands might be hard for Karzai and his international partners to accept.