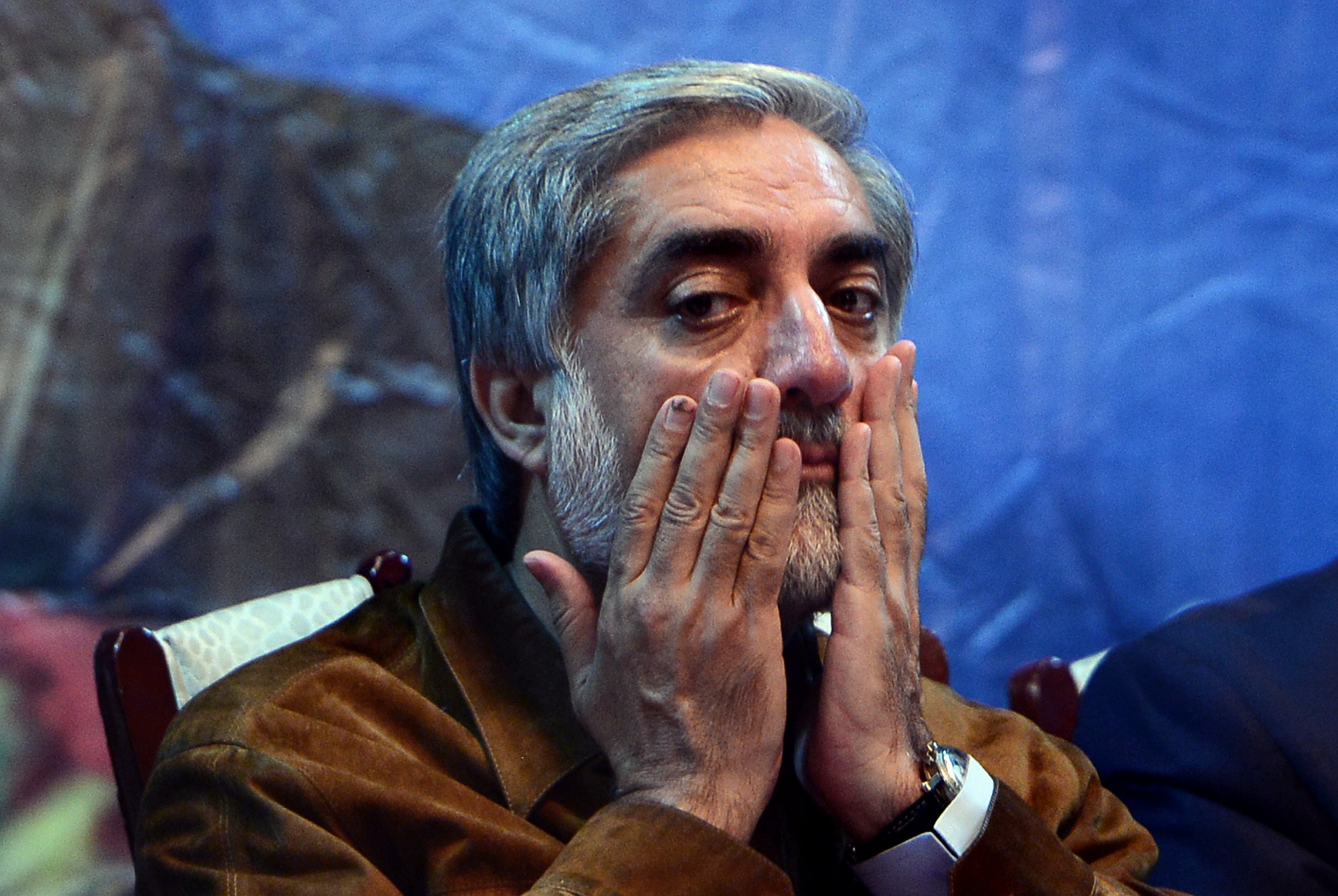 KABUL, Afghanistan -- Two blasts struck the convoy of Afghan presidential candidate Abdullah Abdullah as it left a campaign event at a wedding hall in the capital Kabul on Friday, killing at least six people but leaving the candidate himself unharmed, the Interior Ministry said.

Interior Ministry spokesman Sediq Sediqqi told Mukhtar that 22 more people were wounded in the attack, which saw a suicide bomber detonate his explosives followed by a roadside bomb blast.

In a televised statement shortly after the attack, Abdullah, the presidential front runner and former Foreign Minister, said he had not been harmed but that his security guards had been wounded.

An AP reporter who arrived at the scene shortly after the blasts said they destroyed several cars and nearby shop-fronts, leaving the street littered with twisted metal and other rubble.

It was not immediately clear who was behind the attack, but it bore the hallmarks of the Taliban, who are fighting to overthrow the Western-backed government.

Abdullah is the front runner for the June 14 runoff, facing former Finance Minister Ashraf Ghani Ahmadzai. In the first round of elections April 5, Abdullah garnered 45 percent of votes while Ahmadzai came in second with 31.6 percent.

During the Soviet occupation in the 1980s, Abdullah served as adviser to and spokesman for Tajik warlord Ahmad Shah Massoud, who was assassinated by al Qaeda two days before the Sept. 11, 2001, attack.

In the early days after the U.S.-led alliance toppled the Taliban, Abdullah became the face of Afghanistan's anti-Taliban movement, giving frequent press conferences to international media. He served as foreign minister and then was the runner-up in President Hamid Karzai's disputed re-election in 2009.

Whoever wins the June 14 vote will replace Karzai, who is constitutionally barred from seeking a third term. The next president will also preside over the withdrawal of foreign troops at the end of the year.