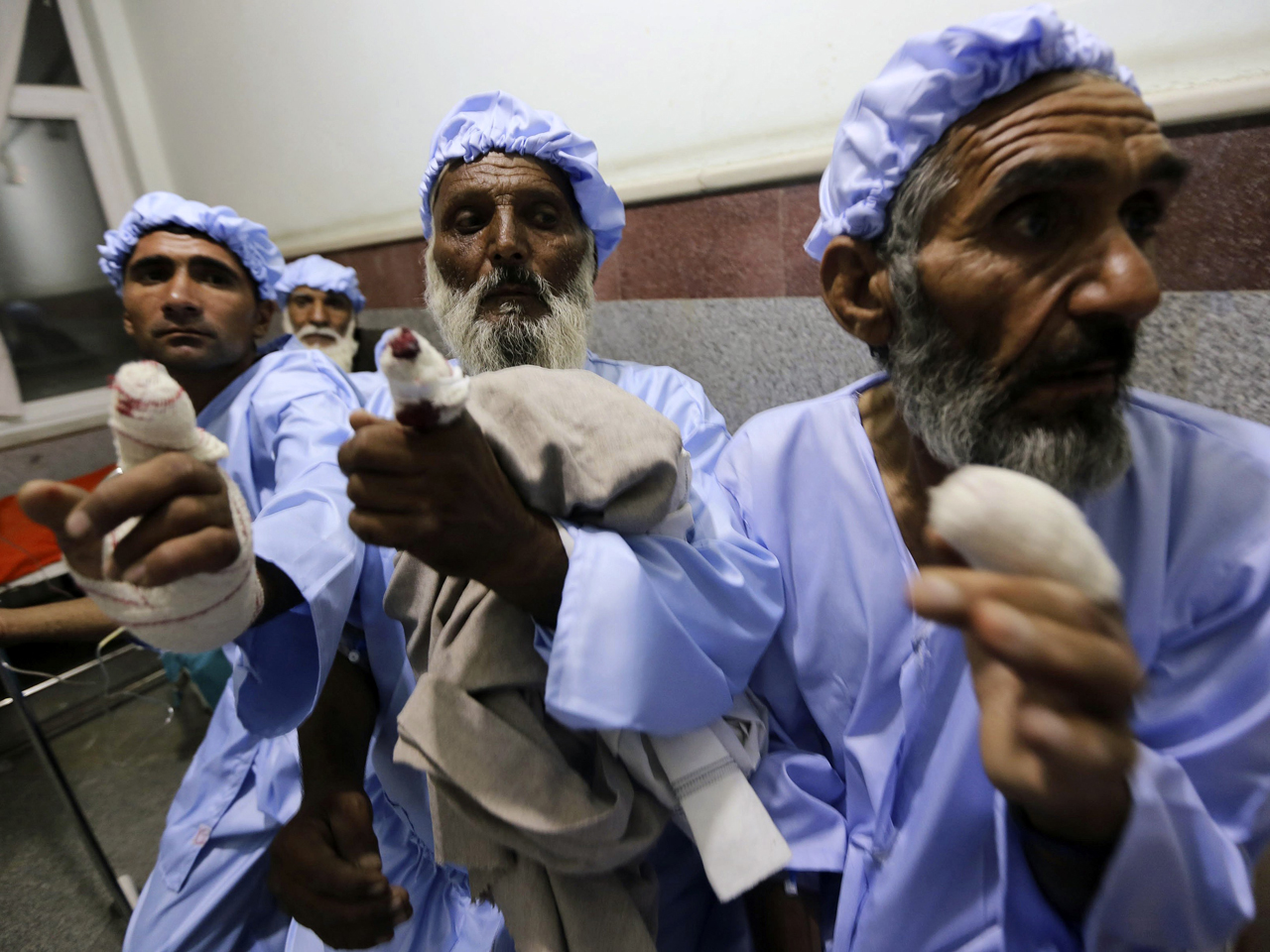 KABUL, Afghanistan -- Afghanistan held a second round of voting in its presidential election for the first time in its history Saturday.

The election went to a run-off when none of the nine presidential hopefuls managed to secure more than 50 percent of the total vote in the first round, held April 5.

According to the chairman of the Independent Election Commission, Muhamad Yousuf Nooristani, over 7 million Afghans voted in the election - 38 percent female and 62 percent male.

Two candidates are competing in this second round. Abdullah Abdullah, a former foreign minister and one-time top aide to anti-Soviet and anti-Taliban commander Ahmad Shah Massoud, secured 45 percent of the total vote in April.

Ashraf Ghani Ahmadzai, a former finance minister and World Bank official who spent most of his life outside Afghanistan, won 35 percent of the overall vote, which constitutionally forced the election to a run-off.

The day began with rocket fire from the Taliban, gunbattles in several provinces and an explosion in Kabul. Speaking at a joint press conference after the end of the voting process, Afghan Interior Minister Muhamad Umar Dawoudzai said overall 47 people - 11 police officers, 15 national army soldiers, 20 civilians and one member of the election staff - were killed throughout the country.

Taliban insurgents cut off the inked fingers, which signify that one has voted, of 11 voters in Herat province. The wounded were taken to hospitals for treatment.

"We are not living in a completely peaceful country," said Dawoudzai. "A proxy war is ongoing in Afghanistan."

There were no reports of widespread voter intimidation, but the Taliban maintained a heavy presence on Twitter, touting their show of force in the election.

While casting his own ballot, President Hamid Karzai called on the people of Afghanistan to vote and chose their fate.

"Let's all vote and determine your destiny by your own hands," he said, "and free your country from dependency on foreigners."

Both presidential candidates have promised to sign the long-frozen Bilateral Security Agreement with the United States, which allows nearly 10,000 U.S. troops to stay in Afghanistan beyond 2014. Karzai has refused to resign the document and is constitutionally barred from running for a third term.