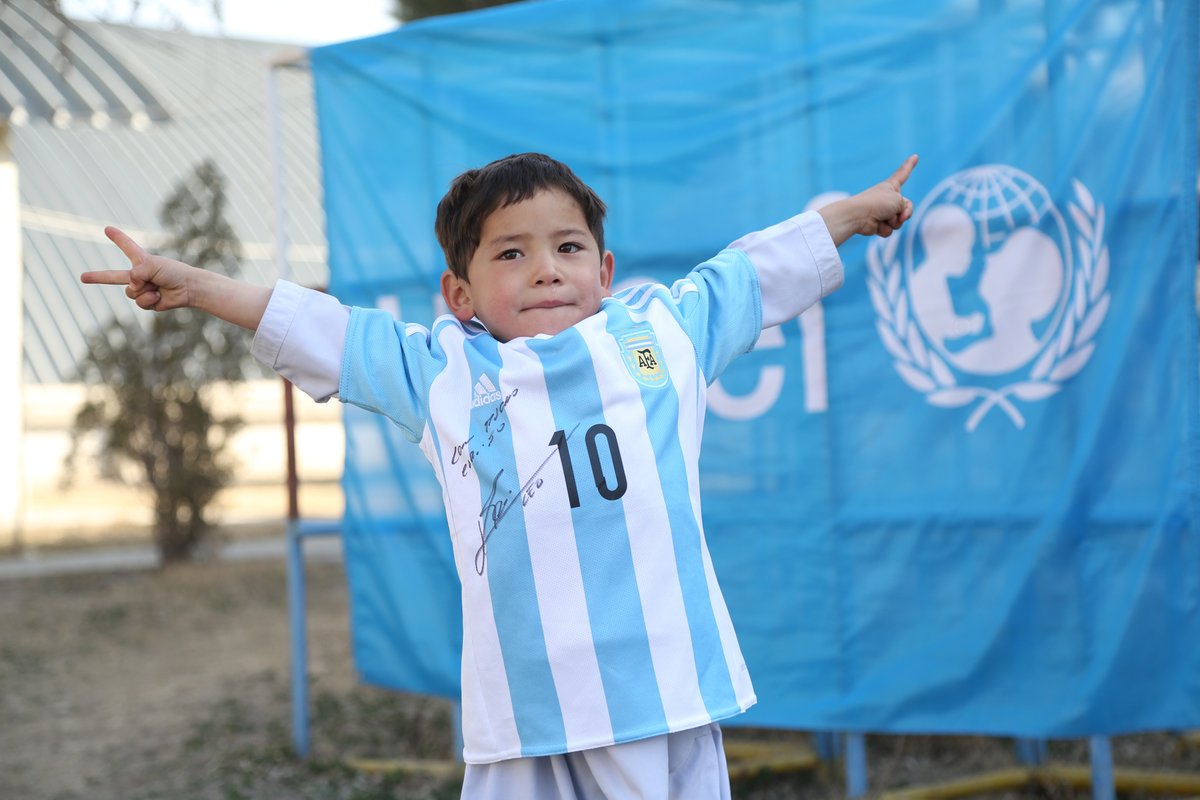 KABUL, Afghanistan -- The family of a 5-year-old Afghan boy who received autographed shirts from his soccer hero Lionel Messi was forced to leave Afghanistan amid constant telephone threats, the boy's father said Tuesday.

Mohammad Arif Ahmadi -- whose son grabbed headlines when he was photographed wearing a homemade Argentina shirt with No. 10 on the back - said they have moved to neighboring Pakistan and settled in the city of Quetta, hoping for a better life there.

"Life became a misery for us," said Ahmadi, speaking to The Associated Press over the telephone from Quetta. He added that the family didn't want to leave Afghanistan, but the threats were just getting more and more serious.

Ahmadi said he feared that his son, Murtaza Ahmadi, would be kidnapped after becoming an Internet sensation after pictures of him wearing a Messi shirt made out of a striped plastic bag went viral.

The family first traveled to the Pakistani capital, Islamabad, but couldn't stay there long because of the high cost of living. They later moved to Quetta.

"I sold all my belongings and brought my family out of Afghanistan to save my son's life as well as the lives of the rest of the family," the father said.

Earlier this year, the Afghan soccer federation had promised to arrange a meeting between Messi, a UNICEF goodwill ambassador, and Murtaza. There were reports that either Messi would come to Afghanistan to visit the boy or that some other arrangement would be made, such as sending the boy to Spain, where Messi plays with Barcelona, or arranging a meeting in a third country.

But none of the options worked out, Ahmadi said.

"Still, Murtaza hopes that one day he would be able to meet his hero, Messi," the father added.