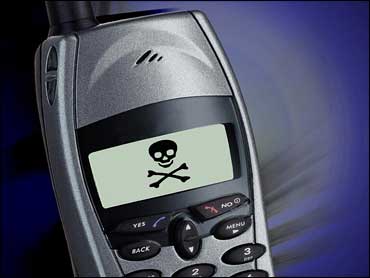 Worried Afghans switched off their mobile phones Monday as rumors spread that a deadly virus could be contracted by answering calls from "strange numbers."

An official with Afghan Wireless Communication Company, Abdullah, said hundreds of calls were received Monday from worried customers who had heard the rumor.

"There's a strange rumor that if you get a phone call from a strange number, if you hit 'OK' (to answer the phone), blood will come from your nose and ears, and you will die," said Mar, a taxi driver, who said he was just about to turn off his phone.

"We have no reports of anyone answering their telephone and then bleeding from their noses," said Abdullah Fahim, a spokesman for the Health Ministry. "Not today, not yesterday, and not before then — we have no such reports."

"It has no rational basis," Bashary said. "It is not possible that through the wireless phone, a virus is transmitted to a person. The enemy wants the people to be under psychological pressure."

If found, those responsible for spreading the rumor will be arrested and prosecuted, Bashary said.