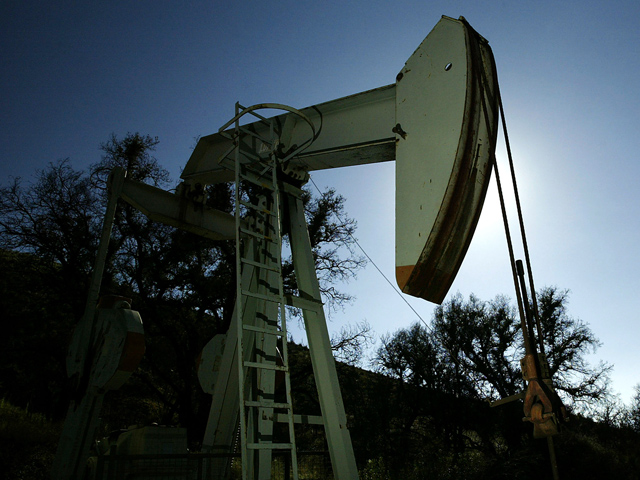 (AP) NEW YORK - Oil plunged more than $4 per barrel in a short time Monday afternoon, erasing the gains made last week when the Federal Reserve unveiled new steps to boost the U.S. economy.

Benchmark crude fell $2.38, or 2.4 percent, to finish at $96.62 on the New York Mercantile Exchange. It was the biggest percentage decline since July 23. Oil dropped below $95 per barrel during the rapid sell-off before recovering a bit.

Traders were unsure of the cause of Monday's price drop. Some questioned whether an errant trade or another rumor about a release of oil from the Strategic Petroleum Reserve was to blame.

Chris Grams, a spokesman for NYMEX operator CME Group, said there were no technical glitches behind the price drop.

The White House has been considering tapping the Strategic Petroleum Reserve to stem the rising cost of crude and gasoline. A little over a week ago, Reuters reported the Obama administration was considering a release much larger than the 30 million barrels from last year.

Some analysts suggested the price of oil had gotten too high given continued weakness in the global economy, and that the euphoria over the Fed had worn off.

Oil rose 2.7 percent last week, with most of the gains coming after the U.S. central bank announced a plan aimed at lowering long-term interest rates and boosting hiring. The gains came even as some experts questioned how much the Fed's moves would actually help the economy.

Oil touched $100 briefly on Friday, its highest point in four months. It held to slight gains above $99 for most of Monday.

"Sometimes the market is slow to react," said Gene McGillian, a broker and analyst at Tradition Energy in Stamford, Conn. "Conditions were right today - the market has been overdue for a bit of a correction."

Brent crude, which is used to price international varieties of oil, fell sharply as well. Brent lost $2.87, or 2.5 percent, to $113.79 on the ICE Futures Exchange in London.

"I think this wash out is a pretty good indication that the rally may be done, and now we're going to turn back," McGillian said.

In other futures trading in New York: