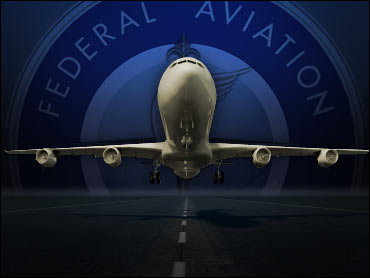 The Obama administration gave airlines and other aircraft owners the go-ahead Thursday to begin installing the equipment necessary to switch to a GPS-based air traffic control system.

The Federal Aviation Administration issued performance requirements for aircraft tracking equipment that all planes must have on board by 2020 in order to use the nation's busiest airports and to fly the most congested routes.

The equipment will enable aircraft to use GPS-technology to continually broadcast their location to air traffic controllers and other aircraft. It is expected to make the skies safer by giving controllers a better and more timely picture of the location of planes and helicopters than the current radar-based system.

The new system will enable pilots for the first time to see the same displays of aircraft locations that controllers see, but only if they install more equipment that required under Thursday's order to receive location signals. Other aircraft on the ground will also be displayed for the first time, a tool government and industry officials hope will enable pilots to avoid runway collisions and other ground mishaps.

The equipment will allow planes to fly more direct routes and permit controllers to space them closer together. That will save time and fuel, cutting greenhouse gas emissions and other pollution.

FAA has been working on developing a new air traffic control system for more than a decade. It's expected to take at least another decade before the system is complete.

The new equipment will cost as much as $4 billion to install, FAA Admininstrator Randy Babbitt said. Nationally, there are more than 7,000 airliners and cargo planes and more than 200,000 other general aviation aircraft, from small planes to helicopters to corporate jets. All will need the new equipment unless they restrict their flying to smaller airports and less heavily traveled airspace.

Airlines and small plane owners say they can't afford the new equipment. They want the government to help pay for it.

"It's an investment well worth making, just not one that should be borne by the airlines because there are a lot of other benefits, U.S. Airways chief executive Doug Parker said earlier this week. Parker said the new equipment "should be funded by people other than airline customers."

Members of Congress have been cool so far to helping airlines pay for the equipment since the new system is expected to save the industry money through reduced fuel costs and better on-time performance. However, Transportation Secretary Ray LaHood said he is hopeful that discussions with White House officials about the industry's concerns will yield some plan for assistance.

"We know there are some pretty large costs that have to be incurred," LaHood said. "There might be opportunities for us to be helpful on this."

It's expected to cost small plane owners $5,000 to $8,000 per plane to buy the new equipment and another $1,000 to $2,000 to install, said Chris Dancy, a spokesman for the Aircraft Owners and Pilots Association. The association is concerned that the cost will be a hardship for some aircraft owners, particularly recreational pilots who fly less expensive, older planes, he said. But even corporations and small businesses that own planes may feel pinched, he said.

A bill passed by the Senate would move up the installation deadline for aircraft to 2015. House and Senate negotiators are working on a final version of the bill.

The current air traffic control system relies on radar technology developed in the 1940s. The radar system requires very large mechanical structures that are expensive to deploy, require extensive maintenance and require FAA to lease land on which to situate them.

The new equipment receives data automatically from the aircraft, rather than scanning for input like radars. FAA will still have to deploy new ground stations - scheduled to be in place by 2013 - but they are inexpensive compared to radar, much smaller and can be located practically anywhere. The GPS technology updates aircraft locations once a second instead of the several seconds required for a radar scan.