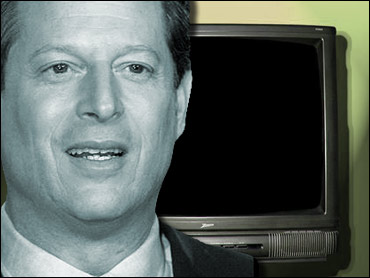 An investor group headed by former Vice President Al Gore said Tuesday it is launching a cable news network for young adults, buying an existing network with an eye to retooling it with "irreverent and bold" programming.

The group is buying the Newsworld International channel from Vivendi Universal Entertainment for an undisclosed sum. The deal with Gore's company, INdTV Holdings, was announced Tuesday during the National Cable and Television Association convention in New Orleans.

Newsworld International is a 24-hour channel broadcasting international news produced by the Canadian Broadcasting Corp. that now has about 14 million North American households, according to the Vivendi Web site.

Gore said the network will be "an independent voice in this industry" with a primary target audience of people between 18 and 34 "who want to learn about the world in a voice they recognize and a view they recognize as their own."

"This is not going to be a liberal network, a Democratic network or a political network," Gore said at a news conference.

The programming will continue to be provided by Canadian Broadcasting Corp., officials said.

Gore will serve as chairman of the board and said he will devote most of his time to the network. Also announcing the acquisition Tuesday was Joel Hyatt, an entrepreneur and former finance chairman for the Democratic National Committee who ran a failed campaign for the U.S. Senate in Ohio in 1994.

"Having learned from both the successes and failures of other cable networks, we are confident this is a winning concept," said Hyatt, who will serve as chief executive.

Hyatt said the programming will include traditional news formats like documentaries. But he used words like "irreverent and bold" to describe the tone of the programming, which he said will include news comedies and other "formats you haven't seen before."

He would give no specifics but added: "Our goal is not to be the 251st cable network that looks like the others."

Gore said he and Hyatt had met a lot of young, creative people "who need a venue to compete in a meritocracy of ideas."

The former vice president, who was once a newspaper reporter in Tennessee, said he was making a long-term commitment to the network. He said he is enjoying life outside politics and does not foresee running for political office again, although he would not rule it out completely.

Gore would not say how much INdTV paid for the network, which is currently carried by DirecTV, Time Warner and in some areas by Comcast.

INdTV said its acquisition was financed by equity capital firms and individual investors.