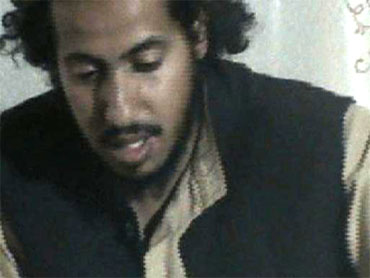 The American-led strike on a suspected bomb-making facility in Miram Shah killed as many as 15 people, including Sadam Hussein Al Hussami, also known as Ghazwan al-Yemeni, according to people familiar with the strike.

According to Martin's sources, al-Yemeni provided the suicide vest worn by Abu-Mulal al-Balawi, the double agent who talked his way onto the CIA base in Khost, Afghanistan with claims he could pinpoint the location of al Qaeda's No. 2, Ayman al-Zawahri.

Balawi's suicide operation killed the CIA base chief and six other employees. American officials say it was orchestrated by Hakimullah Mehsud, the late leader of the Pakistani Taliban who is believed to have been killed in a separate drone strike weeks earlier.

The Obama administration doesn't comment on such attacks, but Martin notes that with both Mehsud and al-Yemeni thought to be dead, two of the most prominent figures involved in the attack on the CIA are now out of the mix.

Drone strikes in Pakistan's border region, largely conducted by the CIA, have escalated in recent months, proving an effective way to target al Qaeda and Taliban leaders hiding in the rugged mountainous border. While Pakistani officials have criticized the strikes, it is widely believed that Islamabad privately supports the attacks and works with the U.S. to provide intelligence.

CIA Director Leon Panetta said Wednesday that the recent campaign against al Qaeda and the Taliban in the Pakistani tribal regions had put Osama bin Laden and other militant leaders "on the run".

Al-Yemeni is considered an important al Qaeda planner and explosives expert who had established contact with groups ranging from al Qaeda in the Arabian Peninsula to Afghan and Pakistani Taliban militant groups.

The counterterrorism official said al-Yemeni was in his late 20s or early 30s and was a conduit in Pakistan for funds, messages, and recruiting but that he specialized in suicide operations.

"This is another sign that drone operations and stepped-up efforts against al Qaeda are having an impact in the tribal regions," Riedel said Wednesday. He said al-Yemeni served prison time in Yemen in 2005 before being released and has since moved through Afghanistan and Iran and was a trainer for the Taliban.

"This is going to be a relentless campaign I think, over time," added Zarate.

In the CIA base attack, a Jordanian suicide bomber killed seven CIA employees and a Jordanian intelligence officer. The bomber, a Jordanian doctor identified as Humam Khalil Abu-Mulal al-Balawi, detonated his cache of explosives at Camp Chapman, a tightly secured base in Khost.

CIA officials has cultivated al-Balawi in hopes of obtaining information about al Qaeda's second in command, but he turned out to be a double agent. In a video broadcast after his death, the bomber said the attack was meant to avenge the death of the former Pakistani Taliban leader in a CIA missile strike.