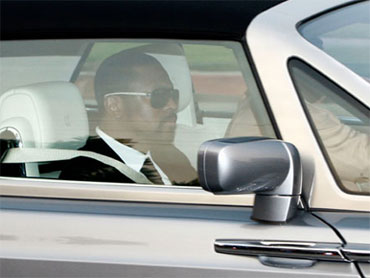 The Pentagon is sending an estimated 1,000 more Americans to help track down al Qaeda around the Horn of Africa, where the yearlong war on terrorism has produced few visible results so far.

And the troops could launch missions to catch terrorists in vast lawless areas of the region even if they don't have permission from the local governments, Pentagon spokeswoman Victoria Clarke suggested Friday.

"There may be circumstances where we go into an ungoverned area in pursuit of al Qaeda, and I'll just leave it at that," she said in response a question at a Pentagon press conference.

The amphibious command ship USS Mount Whitney — to be used as a floating headquarters off the coast of Djibouti — will leave its Norfolk, Va., homeport Tuesday, officials said. Two days later it will depart with Marines from Camp Lejeune, N.C., who'll coordinate military operations in the African region, base spokesman Maj. Steve Cox said Friday.

"This is ... focused on looking for al Qaeda, looking for terrorist cells and dealing with them expeditiously, and directly," Marine Corps Commandant Gen. James Jones said Thursday.

The Mount Whitney has a Navy crew of some 560, and members of the 2nd Marine Division who will help set up the command center in Djibouti probably will number about 400, officials said.

The Americans will join a multinational force of thousands already in Africa — including some who have been trying to catch terrorists there since al Qaeda began fleeing Afghanistan a year ago. There are 700 to 800 Americans at a French military base in Djibouti, deployed several months ago for what defense officials would describe only as "training and contingencies."

Countries and waterways in and around the Horn of Africa long have been plagued by terrorist activity. Al Qaeda and others hide, pass through, train, organize, ship weapons, plot and launch attacks there, U.S. intelligence and defense officials say.

Defense officials have been unwilling or unable to name all the countries or the numbers of terrorists they believe may be there.

In addition to Americans already in Djibouti, there are more than 2,000 French troops and about 1,000 Germans, as well as a number of British forces. The international coalition has flown reconnaissance missions along the coast of East Africa. A ship interdiction program started last year to catch al Qaeda escaping by sea from Afghanistan has caught no one in area, officials have said, though they say the questioning of crews on passing vessels has netted much valuable intelligence and that their understanding of what is going on in the region has improved.

Though there have been highly publicized arrests of terror suspects in Europe, North Africa, Pakistan and Asia, no success of that type have been claimed in the Horn of Africa region, with the exception of Yemen. Across the Red Sea and the Bab al-Mandab Strait from Djibouti, Yemen is a main concern in the region and said to be one of the highest priorities of the new Marine new task force.

Yemen is the ancestral home of Osama bin Laden and the site of the deadly October 2000 bombing of the USS Cole as well as last month's bombing of the French tanker Limburg. The Yemeni government says it has arrested hundreds of terror suspects — and the CIA last week killed a suspect in the Cole and tanker attacks — but the country has remained a dangerous terrorist haven despite joint efforts by its government and the international counterterror coalition.

The size of the terrorist problem in the region has never been clear. Officials no longer assert, for instance, that there are terrorist training camps in Somalia, as feared after the attacks Sept. 11, 2001, against the United States.

But the region is still regarded as a potential haven for terrorists with its porous borders, as well as harsh terrain and lack of resources that make it difficult for even willing governments to tackle a terrorist problem. Vast lawless areas and large Muslim populations in the region also make it fertile ground for terrorist sanctuaries, officials say. In the 1990s, Muslim extremists such as bin Laden found a haven in another Horn of Africa nation, Sudan.

Pentagon officials are considering several countries in the region for counterterror operations and counterterror training of local African forces, two defense officials said Thursday on condition of anonymity. They noted that the region the task force will oversee also includes Ethiopia and Eritrea, but declined to say what countries they have specific plans for.

The task force headquarters initially will operate aboard the ship on the Red Sea, and later move the command post ashore, one official said.

Officials described the establishment of the task force as a significant step forward in the global war on terrorism, likening it to a similar command running operations in Afghanistan.

Meanwhile, Joint Chiefs of Staff Chairman Gen. Richard Myers said at a Brooking Institution dinner Monday that the U.S. military is losing momentum in Afghanistan because remnants of al Qaeda and the Taliban have proved more successful in adapting to U.S. tactics than the U.S. military has to theirs.

Myers also said there is debate within the Pentagon about whether the United States needs to change its priorities in Afghanistan and de-emphasize military operations in favor of more support for reconstruction efforts, according to a transcript released by the think tank.