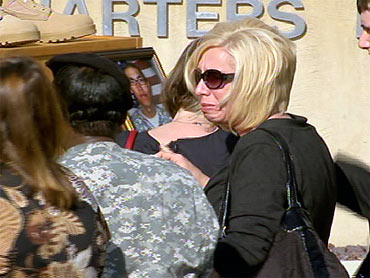 Confederate heritage groups got excited when Gov. Bob Riley's annual proclamation designating April as Confederate History and Heritage Month dropped a paragraph saying slavery was the cause of the Civil War.

The groups were pleased because they consider that description of slavery historically inaccurate. Their excitement, however, was short lived.

"It was a mistake," said Jeff Emerson, the governor's communications director, on Monday. He said he did not know how the mistake was made.

Emerson said the governor was unaware of the deletion until The Associated Press contacted his office. The governor quickly reissued the proclamation with the paragraph on slavery restored, and posted it on his Web site.

State Rep. Oliver Robinson, House chairman of the Legislative Black Caucus, was pleased that Riley withdrew the version of the proclamation that makes no mention of slavery.

"To me, the members of the Black Caucus, and the majority of black citizens of Alabama that would be a disgrace," he said.

For many years, Alabama governors have signed proclamations designating April as Confederate History and Heritage Month. When Riley became governor in January 2003, he used the same proclamation as his predecessor, Democratic Gov. Don Siegelman.

It contained a paragraph that says "Our recognition of Confederate history also recognizes that slavery was one of the causes of the war, an issue in the war, was ended by the war, and slavery is hereby condemned... "

Broxton and others in Confederate heritage organizations said they had complained to the governor that the paragraph was historically incorrect.

"It leaves the impression that slavery was the total cause of the war and that's untrue. It was more about tariffs and taxes," said Benjamin Hestley, chief of heritage defense for the Alabama Division of the Sons of Confederate Veterans.

Hestley and others were pleased when they received copies of the proclamation that Riley signed March 18, which deleted the slavery paragraph.

Broxton said restoring the language will hurt Riley if he runs for re-election next year and faces former Alabama Chief Justice Roy Moore in the Republican primary.

"Roy Moore will get all of the Confederate vote for governor," Broxton predicted.