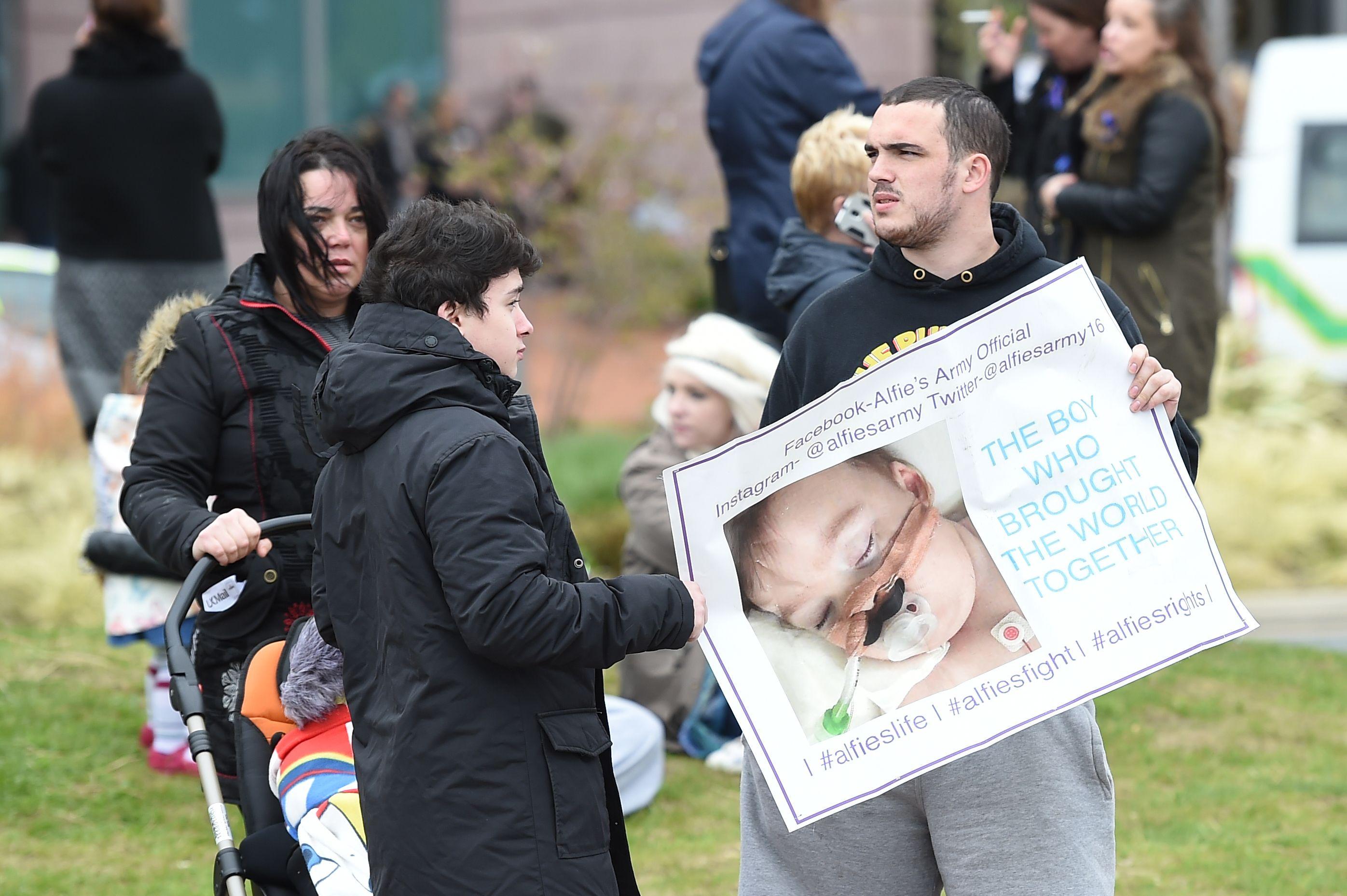 LONDON -- The parents of a terminally ill British toddler whose case has drawn support from Pope Francis plan to return to the Court of Appeal Wednesday in hope of winning the right to take him to Italy for treatment. High Court Justice Anthony Hayden on Tuesday rejected what he said was the final appeal by the parents of 23-month-old Alfie Evans, who suffers from a degenerative neurological condition that has left him in a "semi-vegetative state."

The judge said his ruling "represents the final chapter in the life of this extraordinary little boy."

But Alfie's parents, who are backed by a Christian pressure group, have been granted a chance to challenge that ruling at the appeals court Wednesday afternoon.

The months-long legal battle between Alfie's parents and his doctors has drawn interventions from the pope and Italian authorities, who support the parents' desire to have their son treated at the Vatican's children's hospital.

Doctors from Alder Hey Children's Hospital in Liverpool, where Alfie has been treated since December 2016, say he has little brain function and further treatment is futile. The toddler's life support was withdrawn Monday after a series of court rulings blocked further medical treatment.

Alfie's father Tom Evans said Alfie continued to survive with no assistance, and that doctors had subsequently resumed providing oxygen and hydration.

The family's lawyer claimed in court Tuesday that Alfie was doing "significantly better" than previously believed.

But the judge said "the sad truth" is that Alfie's condition had not improved.

Doctors say it is hard to estimate how long Alfie will live without life support, but that there is no chance he will get better.

Pope Francis has met Alfie's father and made appeals for the boy's parents' wishes to be heeded, saying only God can decide who dies.

Italy has sent a military plane to Britain to transport Alfie to Rome if the courts allow it. Alfie has also been granted Italian citizenship to facilitate his arrival and transport.