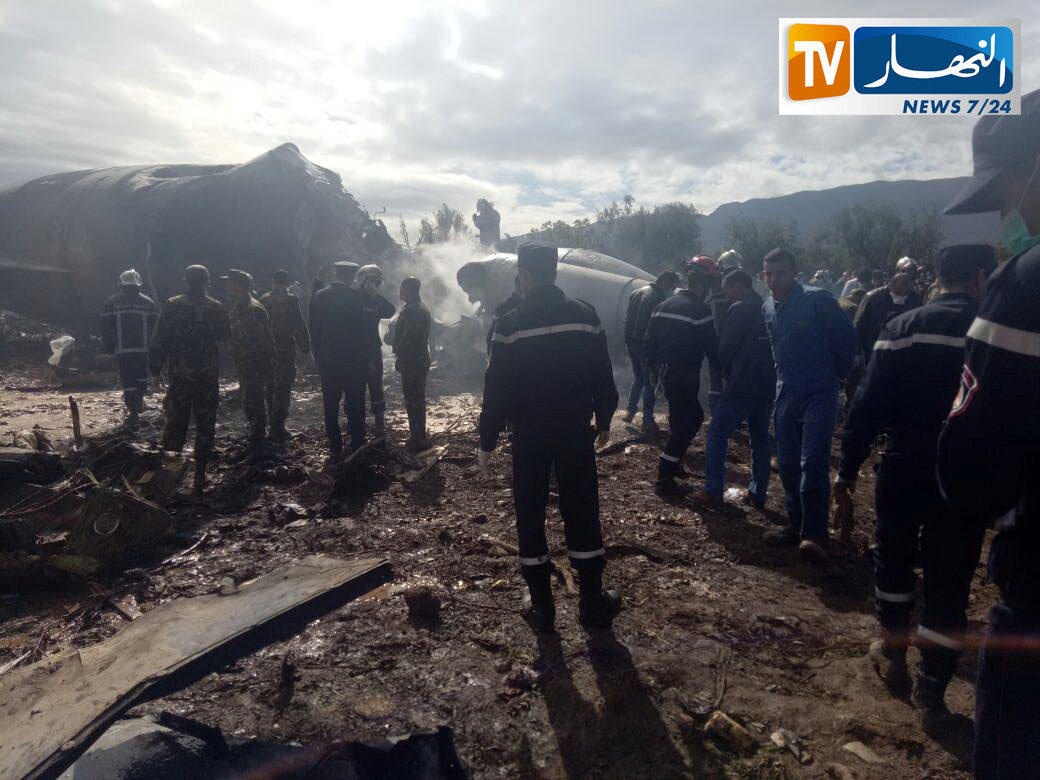 ALGIERS, Algeria -- Bodies of the 257 people killed in Algeria's worst aviation disaster were being identified at a military hospital Thursday and returned to families for burial, while officials provided no new information about the crash. Army Chief of Staff Gen. Ahmed Gaid Salah gave instructions to speed up the identification process at the Ain Naadja military hospital in Algiers, the Algerian Defense Ministry said.

Many of the victims were badly burned in Wednesday's crash of a military transport plane after it took off and plunged into a field, a Defense Ministry statement said.

Salah assisted at prayers as the remains of the soldiers, relatives and refugees killed were prepared for journeys to homes around the vast country.

The general has ordered an investigation of the crash, but officials have not said if flight data recorders have been recovered from the wreckage, how many people were on the plane or whether anyone survived.

Sofiane Tehar, a young firefighter at the scene of Wednesday's disaster, told The Associated Press that it was unlikely anyone would have survived, "given the state of the plane, completed burned."

Several newspapers praised the pilot, Smail Doucene, citing witnesses who said he had managed to steer the plane away from nearby homes.

"The pilot saved hundreds of people from certain death," wrote Arabic-language El Khabar, according to AFP.

As the identification process continued, the body of co-pilot Rabia Seddiki arrived at his family's home in a working-class suburb east of Algiers in a flag-draped coffin Thursday.

Private TV station Ennahar showed firefighters carrying the casket to the home where Seddiki was born 41 years ago.

Seddiki's father said his son had been a pilot for 15 years, beginning his training at military aviation school to fulfill a dream, and "he dies a martyr." He left three children, ages 2-8.

President Abdelaziz Bouteflika ordered three days of mourning in Algeria and special prayers at all mosques on Friday, the Muslim holy day.