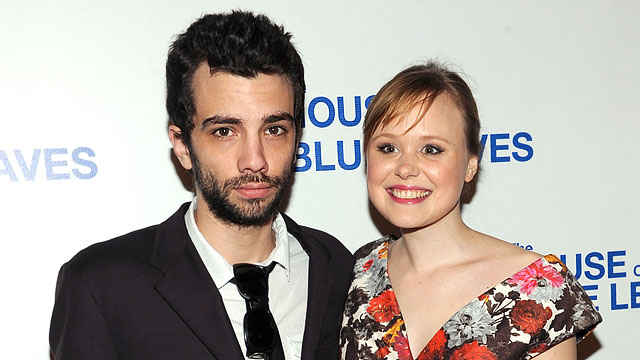 These two young actors have had quite the few months. Less than six months after "The Newsroom" star Alison Pill "accidentally" tweeted a topless photo of herself, "Tropic Thunder" actor Jay Baruchel took to Twitter as well to announce that the actress had called off their engagement.

"Alone again, naturally. Heartbroken," Baruchel, 30, wrote this past month before announcing his hiatus from the social networking site (the tweets appear to have since been taken down). "I won't be on twitter for a while gang. Getting dumped rules."

According to Us Weekly, the couple broke up over long distance. Baruchel lives in Canada, while Pill, 27, is shooting "The Newsroom" in Los Angeles. The two got engaged in Dec. 2010 after meeting on set of the movie "Goon," and were scheduled to wed in Quebec this past September but the plans fell through.

"Unfortunately, we're two busy people who are intrinsically lazy," Baruchel explained to the Times Colonist earlier this year as to why the wedding didn't happen. "So in our free time, the last thing we want to do is book flights and organize hotel rooms for people. But it'll happen at some point."