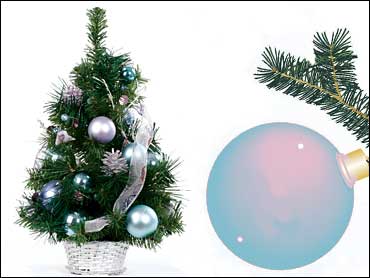 The holiday classics have not changed that much – radio stations in the United States still turn to Bing Crosby, Nat King Cole and Burl Ives to spread yuletide cheer. But chances of hearing them on the radio are growing fast.

As of Monday, 399 stations from Maine to Hawaii were playing Christmas tunes around the clock to bring in listeners and advertising dollars. Some cities have as many as five or six.

Most of the programming kicked off after Thanksgiving; the earliest station made the switch in October.

"It's gotten to the point of ridiculousness," said Tim Moore, operations manager at Portland's WHOM-FM, which began broadcasting holiday programming the day after Thanksgiving.

Ridiculous or not, Americans cannot get enough of it, said Tom Taylor, editor of Inside Radio, a trade publication owned by Clear Channel.

The number of stations playing those timeless holiday songs already outnumbers the previous record of 386 in 2003, the first year Inside Radio began tracking the numbers, Taylor said from his office in New Jersey.

"Christmas music, for most people, puts a smile on your face. Even if you resist it for a while, you can't hold out forever," he said.

For listeners, the nostalgic music creates a soundtrack as they shop, wrap presents, decorate trees, bake cookies and go to parties.

"It's like a counterpoint to all of the misery in the world. That's the only thing I can figure out," said Phil Crosland, executive vice president of the American Society of Composers, Authors and Publishers in New York.

The holiday change can make sense for a radio station trying to stand out. Radio advertising has been flat, and radio executives worry about listeners migrating to podcasts, MP3 players and satellite radio.

"A 30-day music format change is evidence of the need by radio stations to chase dollars in a shrinking ad environment," said Laura A. Martin, senior media analyst at Soleil Securities in California.

Portland's WHOM sees a 38 percent bump in listeners after it switches its format from adult contemporary to holiday music.

In New York City, WLTW-FM sees a 25 percent increase in listeners, even in one of the nation's most diverse markets, said Jim Ryan, programming director.

In Milwaukee, WMYX-FM saw a jump of nearly 50 percent last year despite holiday competition from three other radio stations, said Brian Kelly, operations manager. The year before that, the station's listenership grew nearly 100 percent in December.

"People from the outside may ask why we do this," Kelly said. "The answer is because it works, and that's what our listeners want."

It is hard to say exactly when the trend began, but one consultant traces it to the 1980s, when he began recommending that radio stations play holiday music on the day after Thanksgiving, a time when Americans flock to malls to begin their Christmas shopping.

"I think it's one of the most significant and successful programming strategies in the past couple of decades," Vallie said.

At WHOM, Moore reviews the countless new holiday offerings each season. Most of them end up in the trash bin because they can't compete with "Rudolph the Red-Nosed Reindeer," "Frosty the Snowman," "Let It Snow" and other classics.

Occasionally, newer artists break into the rotation. A couple of recent examples are Josh Groban's "Believe" from the movie "The Polar Express" and Faith Hill's "Where are you Christmas?" from "How the Grinch Stole Christmas," he said.

"It's a sad fact and a sad reality that there are 30 to 50 Christmas songs that research really well. We already know them," said Moore. "They don't want Clay Aiken's version of 'White Christmas.' They want Bing Crosby, for the most part."

For some, it is just too much.

"It's terrible. It kills me every year. It's the same songs over and over," said Jake Millett, 21, who is subjected to it every Christmas Eve at his grandmother's house.

At the other extreme is Stacey Milliken, who cannot get enough. She flicks back and forth between two holiday stations while driving.

"I think it's a great idea. It gets everybody in the spirit, but I can completely understand how some people would get sick of it," said Milliken, 30.