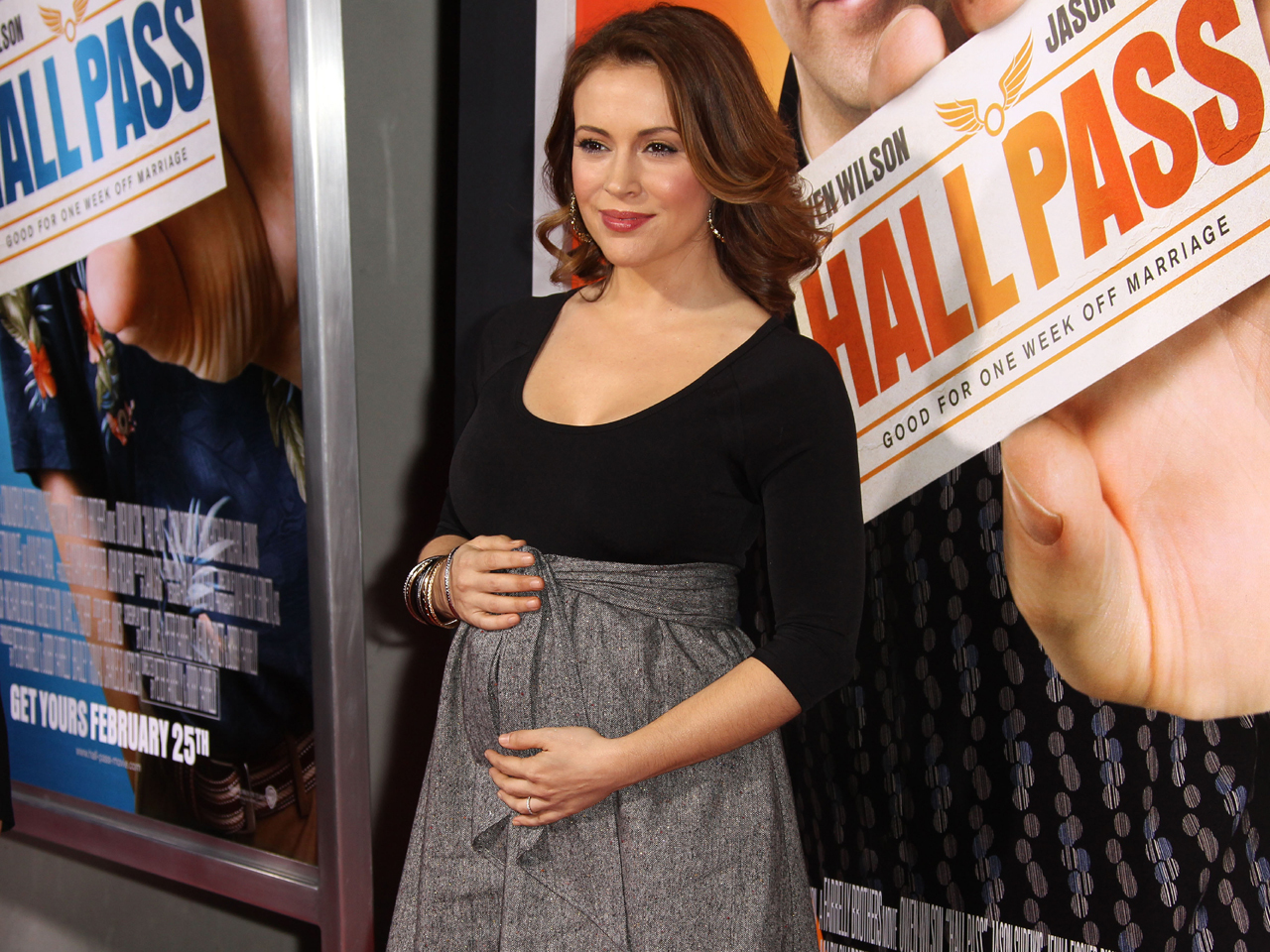 (CBS) - Actress Alyssa Milano stepped out for the premiere of "Hall Pass" in Los Angeles Wednesday - the day after she confirmed she is expectingher first child with husband David Bugliari.

Milano, who stars in the Farrelly brothers-directed film with Owen Wilson, Jason Sudeikis and Jenna Fischer, showcased her baby bump while walking the red carpet in a black and grey empire waist dress.

"I'm not sleeping great because of the many trips to the bathroom in the middle of the night," the mom-to-be told People magazine. "So, I don't know. I feel good, but if there's a time I feel like I need to slow down, I will."

The former "Charmed" and "Who's the Boss?" actress, who is just the latest star to join the Hollywood baby boom, said she and husband Bugliari, 32, an agent at the Creative Artists Agency, don't know the sex of the baby yet, but started to pick out names before they "even got pregnant."

Milano, 38,  also shared that her number one craving right now is a healthy green vegetable.

"Broccoli," she said to E! Online. "[But] I can't even consider that a craving because it's so odd. I can't get enough broccoli!"