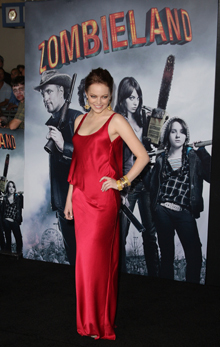 The Zombies are being brought back to life, thanks to Amazon of all places.

Amazon Studios has just announced that the popular 2009 Sony movie, is being brought back from the dead on the small screen. According to the release sent out Monday from Amazon, the pilot has already been cast and filmed, and it will be available for free on Amazon Instant Video and LOVEFiLM U.K.

"Zombieland is a fan favorite and we can't wait to see where this story line goes in a serialized format," said Roy Price, Director of Amazon Studios in the official Amazon release.

"Zombieland will strive to break the rules -- action, adventure, thrills, chills and laughs and all packed into a half hour format," said Wernick.

Tell us: Will you watch the "Zombieland" pilot?