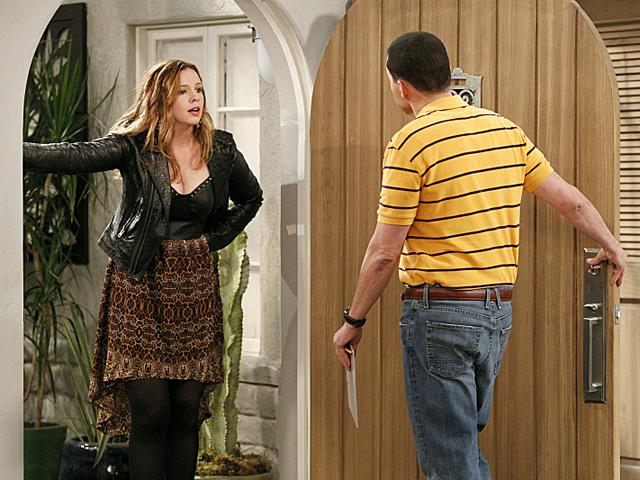 Charlie Harper may be departed from "Two and a Half Men," but his daughter is staying put.

Amber Tamblyn, who plays Jenny -- the long-lost, lesbian daughter of Charlie Sheen's character -- has been upped to a series regular on the sitcom, CBS announced Wednesday.

On the show's season premiere, Jenny showed up at Walden (Ashton Kutcher) and her uncle Alan's (Jon Cryer) beach house looking to connect with her family. She's now living with them and trying to pursue an acting career.

Her character's arrival helps fill the void left by Angus T. Jones, who made headlines last year when he bashed the show and later apologized for it. His role on the series has been reduced to a recurring one while the 19-year-old actor attends college.