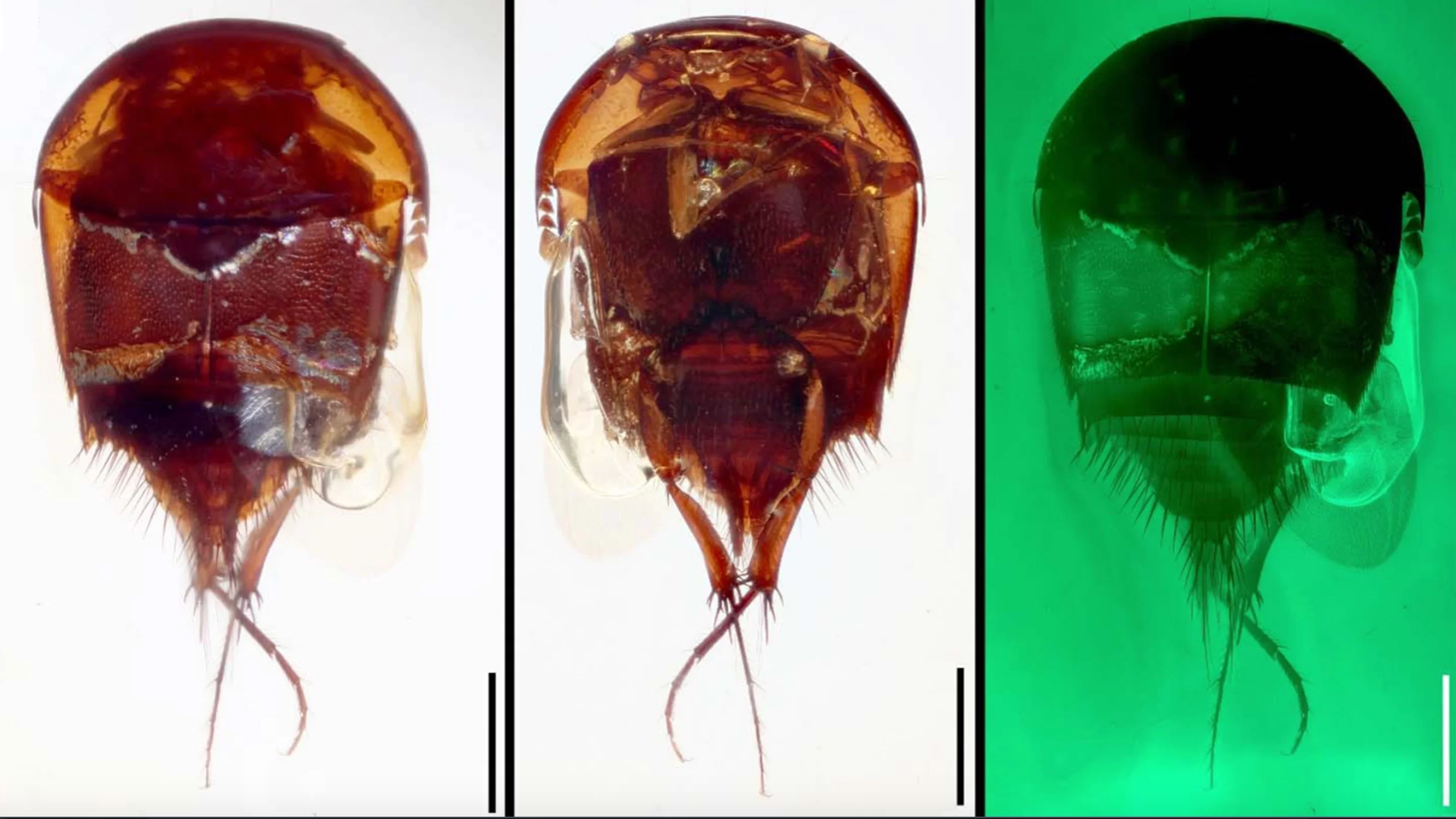 Scientists recently discovered tiny beetles resembling horseshoe crabs that were trapped in amber dating back to the Cretaceous period, about 99 million years ago.

This type of beetle belongs to a group known as termitophiles, or termite lovers, which are known for burrowing into termite mounds to live alongside the industrious insects and benefit from their resources.

Prior to the discovery of these amber-entombed fossils, the earliest-known termitophiles were from 19 million years ago. The researchers’ findings, outlined in a new study, reveal that this highly specialized group invaded termite mounds and coexisted with the insects’ colonies far earlier than previously suspected. [Image Gallery: Tiny Insect Pollinators Trapped in Amber]

Scientists named the new species Cretotrichopsenius burmiticus; the genus name references the Cretaceous period and the Trichopsenius beetle genus, while burmiticus alludes to the type of amber holding the fossils, which is known as burmite.

The amber came from a mine in Myanmar, formerly known as Burma, and is currently part of the collection of the Nanjing Institute of Geology and Palaeontology at the Chinese Academy of Sciences in Beijing.

There is a diverse range of body forms in this beetle family — Staphylinidae, also known as rove beetles — which holds an estimated 3,500 genuses and approximately 56,000 species, according to a study published in 2011 in the journal Zootaxa.

The new species measures about 0.03 inches in length and has a broadly oval head, spines on its legs, and a brownish body that tapers sharply and is tipped with a cluster of dense, tiny hairs. Certain body features indicate that this beetle is a new species, though its overall body plan is similar to modern rove beetles that cohabitate with termites, the authors wrote in the study.

Termites are thought to have emerged during the Jurassic period (199.6 million to 145.5 million years ago), with the oldest-known fossil dating to 135 million years ago. Tracking the relationship between ancient termites and symbionts like rove beetles has proved challenging; this new evidence indicates that rove beetles partnered with termites 80 million years sooner than previously thought, indicating that the beetles specialized early in their lineage to invade the homes of termite hosts, the researchers explained.

“The fossil reveals a richer ecology within early insect societies during the Cretaceous and a lengthy period of co-evolution between termites, the first of all social insects, and their numerous arthropod associates,” the scientists wrote in the study.

The findings were published online today (April 13) in the journal Current Biology.