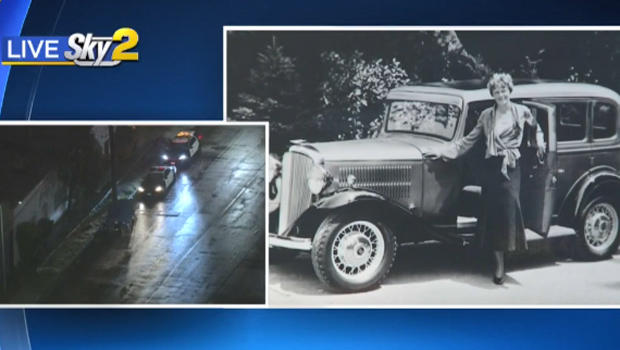 ORANGE, Calif. -- Amelia Earhart went missing in 1937, and nearly 80 years after her mysterious disappearance, a car that once belonged to the aviation pioneer was reported stolen Friday. The car was found Monday night a street corner in the El Sereno neighborhood in Los Angeles, reports CBS Los Angeles.

It was towed by law enforcement so it could be returned to its original owner.

The car was found thanks to a CBS L.A. viewer tip. The viewer saw the story the station aired and called Los Angeles police to suggest they check out the car to see if it was the stolen one.

Jim Somers, the man from the city of Orange who now owns the car, said the green and black 1932 Hudson Essex Terraplane was being housed in a trailer in an industrial complex in Orange when it was stolen Friday

Somers told CBS L.A. the trailer had been secured with a safety lock.

Somers had taken the car from his shop to the industrial center in preparation for a car show Saturday.

Only 14 of the models are known to still exist.