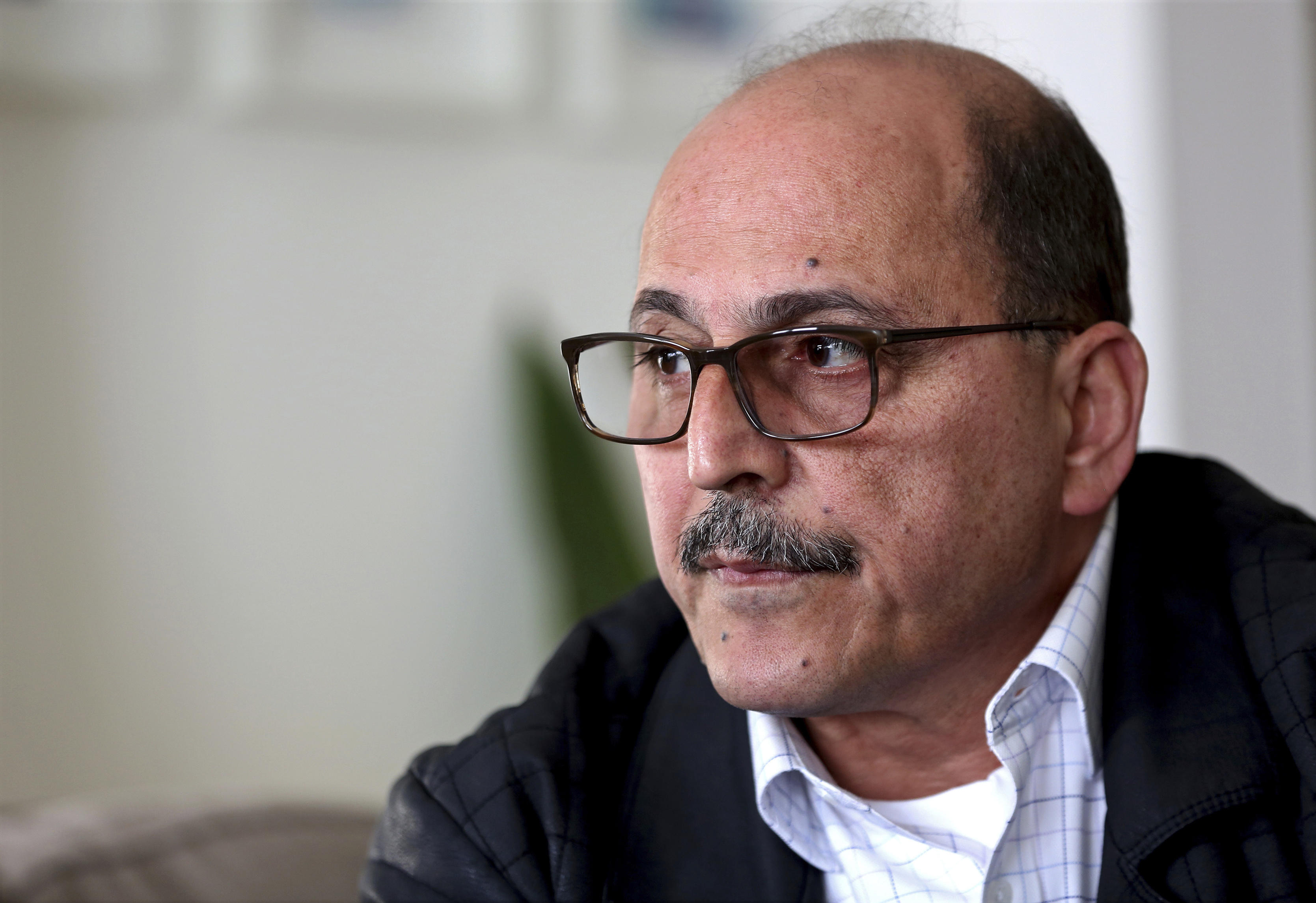 AMMAN, Jordan -- Amer Othman's life turned upside down in an instant. The Ohio entrepreneur, who came to the United States 38 years ago and won praise for helping revive once-blighted downtown Youngstown, was arrested during what he thought was another check-in with immigration authorities.

He was detained for two weeks and then deported to his native Jordan.

Othman's supporters in the U.S. view such treatment as a particularly egregious example of the Trump administration's ramped-up deportation campaign that potentially targets anyone lacking the right papers, including long-time residents with American spouses and children.

Recent cases include a Missouri college lecturer and a Connecticut couple running a nail salon who won last-minute reprieves through local politicians but remain at risk of expulsion.

Supporters of the crackdown say immigration rules must be enforced, regardless of family and community ties of those targeted.

Othman's battle to remain in the United States goes back to the mid-1990s, when immigration authorities refused to renew his green card, alleging his first marriage in 1980 had been fraudulent.

Othman denies the charge, noting that his ex-wife later retracted an initial statement she said was made under duress. A deportation order was issued in 2007, but Othman didn't feel at immediate risk - until last summer - because of ongoing appeals.

Three weeks after his arrival in Jordan, the 57-year-old Othman still seems in shock.

Speaking at his sister's apartment in the capital, Amman, he said he'll fight to return to "my Youngstown."

He might sue the Immigration and Customs Enforcement agency, or ICE, which he said locked him up needlessly, treating him like a criminal. "What ICE has done is un-American," said Othman, whose second wife Fidaa and their four adult daughters are U.S. citizens.

"The American people are completely and absolutely different from that," Othman said. Tears welled up as he described wide community support, including from Rep. Tim Ryan, a Democrat, and Youngstown Mayor Jamael Tito Brown. "I love the American people. I love my community," he said.

Earlier this month, one of Othman's daughters, Haneen Adi, told CBS News that Othman has spent years trying to become a U.S. citizen.

"My entire life has been lawyer after lawyer, ICE meeting after ICE meeting," Adi told CBSN's Vladimir Duthiers and Anne-Marie Green from the West Bank. "He's tried every single thing. They made it almost impossible for him. Citiizenship would be absolutely amazing. That's what he's been striving for the entire time."

Ryan was previously able to keep Othman in the country through private bills in Congress, the first submitted in 2013.

Othman's deportation marks the first time ICE acted against recommendations of the Judiciary Subcommittee on Immigration and Border Security to hold off on an expulsion while a case is being reviewed, Ryan said.

"Now, here we are with a new set of rules because of the Trump administration," he said.

Othman's lawyer, David Leopold, said the deportation was "beyond inexplicable." He accused the administration of "playing a numbers game, without any coherent strategy."

ICE did not respond to two emails requesting comment on the Othman case.

Dan Cadman, a former long-time immigration official and fellow at the Center for Immigration Studies, a group that advocates for more limits on immigration, said that "the answer in an orderly society cannot be to simply suspend or eliminate deportations."

"Justice is also due to the American people, not just to Mr. Othman and his family," he said. "At some point, the reckoning comes due and the bill must be paid. What is the purpose of having laws if they are to mean nothing?"

The Department of Homeland Security launched the crackdown a year ago, scrapping the Obama administration's instructions to limit deportations to public safety threats, convicted criminals and recent border crossers. This effectively made anyone without the proper papers vulnerable.

The shift is reflected in ICE statistics on deportations, including of those who have settled in the United States, or "internal removals," and those who recently crossed the border.

Othman, a descendant of Palestinian refugees from Jerusalem who fled to Jordan in the 1948 war over Israel's creation, said he arrived in California in 1979.

He briefly attended college, married a U.S. citizen in 1980, received a green card and divorced in 1982, he said. He moved to Youngstown, where he married Fidaa in 1988. The couple moved to Brazil for three years for business.

Upon his return to the U.S., he was told he had to apply for a new green card, but was ultimately turned down. In the meantime, he opened businesses in the Youngstown area.

In 2011, he opened the Downtown Circle, a convenience store and deli. Later, he added a bar and hookah bar, and bought another building in the area.

"Amer was the first private sector business guy to really put the flag in the ground in downtown," encouraging others, said Ryan.

Othman's legal troubles erupted anew in August when ICE told him he had 30 days to leave the country. His lawyer obtained an extension, and Othman walked out of the ICE office with a Jan. 7 departure deadline and an ankle bracelet to monitor his movements, he said.

Othman said he bought a plane ticket to Amman for Jan. 7, sold his home and taught his family how to run the businesses.

In early January, he held a news conference detailing the looming deadline. Amid widespread publicity, ICE told him later that day that the deadline was off and that he should instead report to ICE two weeks later. Elated, Othman thought he had won a reprieve.

On Jan. 16, he reported to the ICE office. To his shock, he was arrested and handcuffed. Feeling betrayed, he started a hunger strike.

Leopold said his client was locked up "like an animal for the sole purpose of publicly humiliating him before deportation."

In late January, Othman was driven to Cleveland airport for a flight to Chicago.

As his Amman-bound plane took off from Chicago, Othman looked at the city below, overwhelmed by mixed emotions.

"It was very sad for me to leave and just to know I have left my family behind me, my wife, my daughters, my businesses, my friends, my Youngstown," said Othman, who has since rented a furnished apartment in Amman and has been joined by his wife, who plans to travel back and forth.

"I thought I would never be back, even though in my mind, I'm going to fight as much as possible," he said.