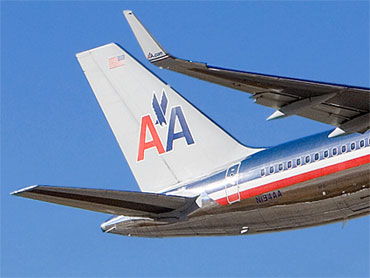 British fighter jets were scrambled to intercept an American Airlines flight from Dallas as it approached London Tuesday morning, after an incident onboard which resulted in one passenger's arrest after the plane landed safely.

The Metropolitan police confirmed to CBS News that officers were called to board American flight 78 upon its arrival at Heathrow airport. A woman was arrested on suspicion of endangering an aircraft. She was taken to a police station at the airport.

According to police officials, the incident was not terror related.

The fighters were scrambled after a distress signal came from the flight crew.

By the time the Typhoons reached the American jet, the "situation onboard the aircraft was under control" and the Typhoons "detached from the civil aircraft" over Oxfordshire, west of London, according to the Minstry.