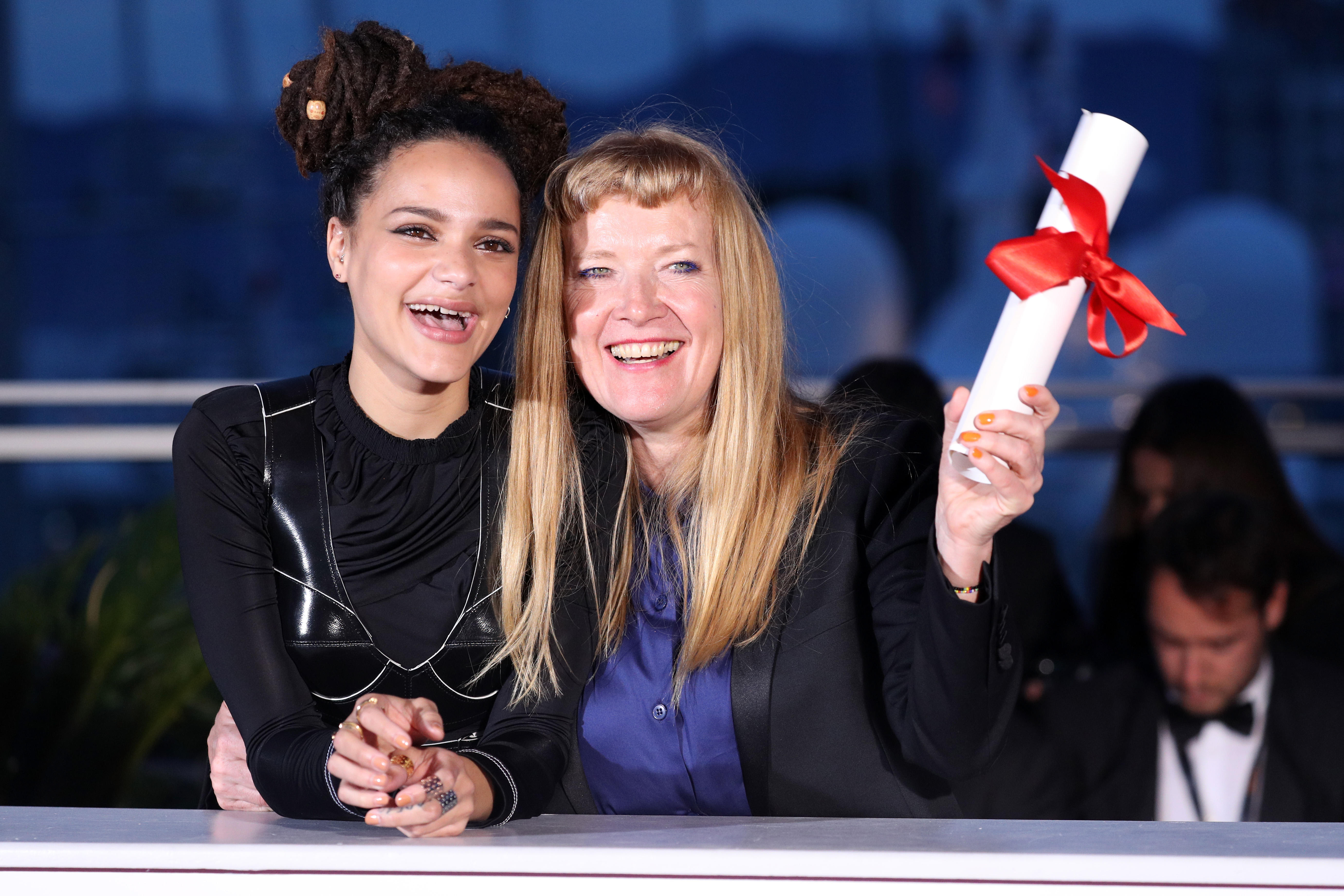 Sometimes it takes an outsider to truly understand a place.

With narrative feature “American Honey,” British filmmaker Andrea Arnold taps into the youth of today by following a band of misfits -- supporting themselves by selling magazine subscriptions door-to-door -- as they venture across the heartland. Arnold talked to CBS News about tapping into the spirit of today, discovering her lead on spring break and predicting the rise of Donald Trump.

You very prominently feature the Calvin Harris and Rihanna song “We Found Love” in the film, which feels particularly emblematic to the last few years. What was the thinking behind including it?

It’s a track that was playing very much a lot when I was in the middle of writing and traveling around America and sort of researching and planning the film. It was very much around and it feels like it was very much part of that time, so I just wrote it in and then I thought, “It’s interesting that I’ve done that.” I feel like I tried to make as much as possible of that film about now, so it just felt like the perfect song to start the film with. I think it’s only the second time it’s been in a movie, as well.

The film makes an interesting commentary on risk -- the risks assumed in every move Star makes. It feels like she’s not unaware of them, she just accepts them.

When I was writing it, I kept thinking, “God, she’s really impulsive. It’s very interesting she’s getting in all these cars with all these different men -- and it’s always three men, what is this about?” I reckon that when I’m writing, a lot of my unconscious is part of what’s going on and I don’t always understand the bigger picture of what I’m doing when I’m writing. But it’s interesting, isn’t it? Because if you don’t take risks, if you don’t take leaps, sometimes you don’t learn something new about yourself or you don’t get to get an opportunity.

This is Sasha Lane’s first film. What was the process of finding her and crafting this performance with her?

We had somebody else cast in that role until about three weeks before we started filming, and they dropped out for personal reasons. We were all ready to go, so I just got on a plane and went to Panama [City, Florida] with a couple other people doing the casting and we just spent spring break there trying to find somebody. And then we saw Sasha Lane on the third day or something, and she was hanging out with her mates and messing around on the beach. When you’re casting somebody who’s not done it before, you never know quite how it’s going to work out, but she seemed so self-possessed; she was game to try anything I asked her to do. From very early on, every time the camera was on her and we were filming her, I kind of felt peaceful and I knew everything was going to make sense through her.

The film offers a detailed look at different ways of life in America today. How did you hit upon presenting that?

Before I made the film, I did a bunch of road trips by myself around America -- the Midwest, across the South, from the Northwest, a big circle in the middle of Oklahoma, Missouri and Kentucky. I traveled just staying in motels, talking to people, watching. A lot of what you see is a reflection of that early traveling. I can’t reflect everything because it’s just me and my version of it and what I’ve seen -- and obviously I’m pointing the camera so I’m going to point it towards certain things, so it’s always going to be my vision of it. But I also want to try and find what seems to be the truth of what I’m seeing.

Shia LaBeouf makes a Donald Trump reference early in the film. Is it odd now, given what’s happened since you filmed it?

Yeah, as frightening as that might be. But maybe it’s one of those things, like the U.K. and the Brexit decision, it’s like it’s sort of a wakeup call and it may be an important moment to realize what it all means. I heard that Chomsky said that the conditions now in the world are the same as when Hitler came into power.

Yeah, but there’s a reason why these things happen, and it’s for everyone to take note and to take action and to be aware. Maybe that’s not such a bad thing.