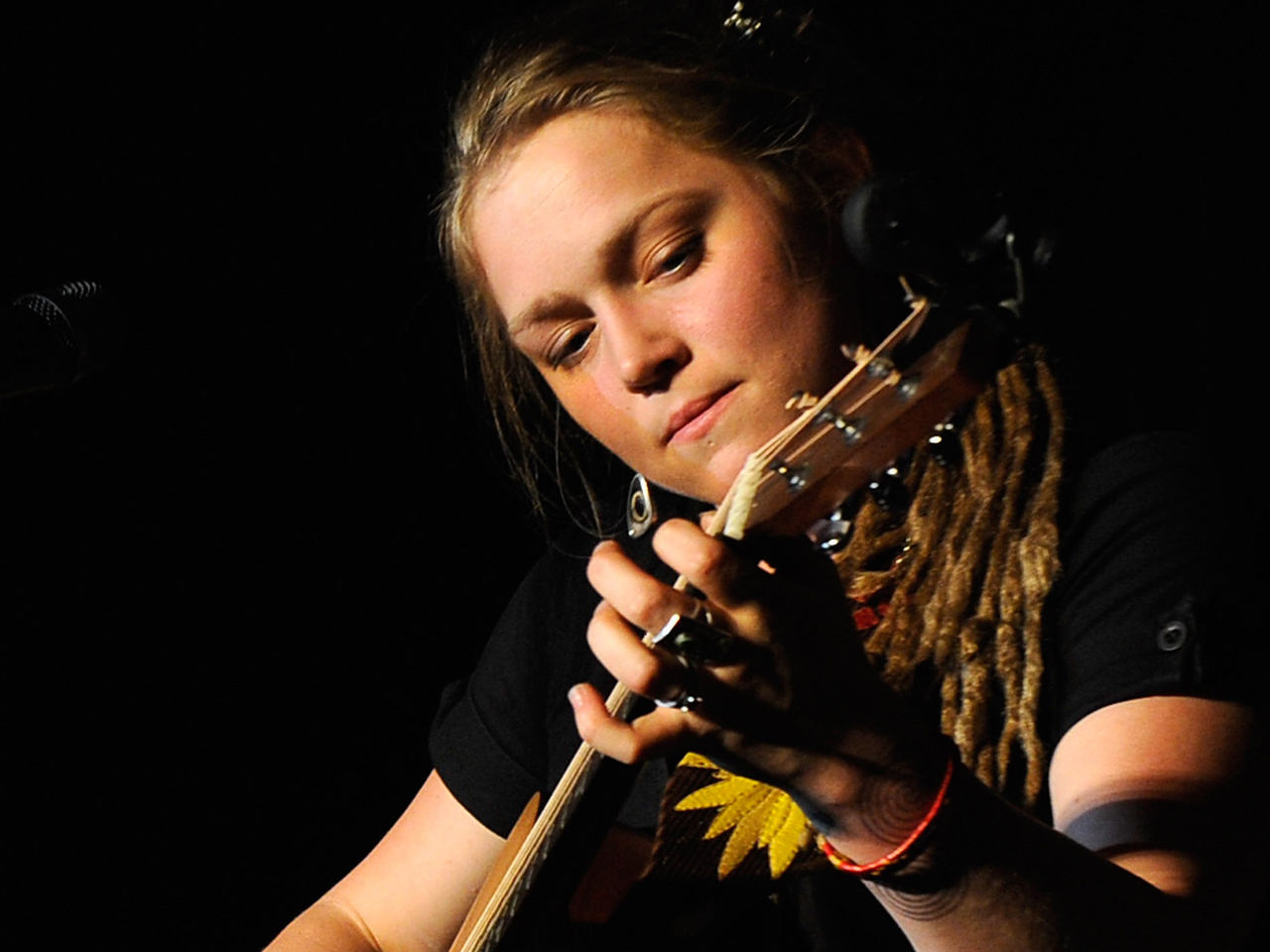 Former "American Idol" contestant Crystal Bowersox will officially be taking a walk after midnight on Broadway.

Producers of the Patsy Cline musical "Always... Patsy Cline" said Tuesday that Bowersox will portray the legendary country singer in a new production this summer in New York. John Rando will direct.

Performances begin in July with an August opening. The theater and exact dates haven't been announced.

Written in 1988 by Ted Swindley, "Always...Patsy Cline" is based on a true story about Cline's friendship with a fan from Houston who befriended the star in a Texas honky-tonk in 1961 and continued a correspondence with Cline until her death in 1963 in a plane crash at age 30.

The musical features 27 Cline hits, including "Walkin' After Midnight," "I Fall To Pieces," "Crazy," "She's Got You," "Sweet Dreams," "Back In Baby's Arms" and "Your Cheatin' Heart." A live band accompanies the action.

Bowersox, born in Elliston, Ohio, had previously expressed interest in the project but producers only publicly announced its plans on Tuesday.

The name of the musical is borrowed from the Cline's letters to the fan, Louise Seger, which she signed "(Love) Always... Patsy Cline." Oscar and Emmy nominee Annette O'Toole will play Seger.

The show made its world premiere at Stages Repertory Theatre in Houston, where it is currently playing in honor of the show's 25th anniversary. It has been staged all over the U.S., Canada, the UK and Australia. This year is the 50th anniversary of Patsy Cline's death.

Bowersox, who lost season nine of "American Idol" to Lee DeWyze in 2010, is currently promoting her new release, the sophomore album, "All That For This."

She tweeted Tuesday about the release:

Bowersox's previous acting roles include a 2011 appearance on ABC's "Burden of Proof."

Other "American Idol" contestants to reach Broadway include Fantasia Barrino, Clay Aiken, Jordin Sparks and Constantine Maroulis, who return this year in "Jekyll and Hyde." Plans fell through for another alumni, Bo Bice, to make his Broadway debut this spring when his show "Pump Boys & Dinettes" was scrapped.