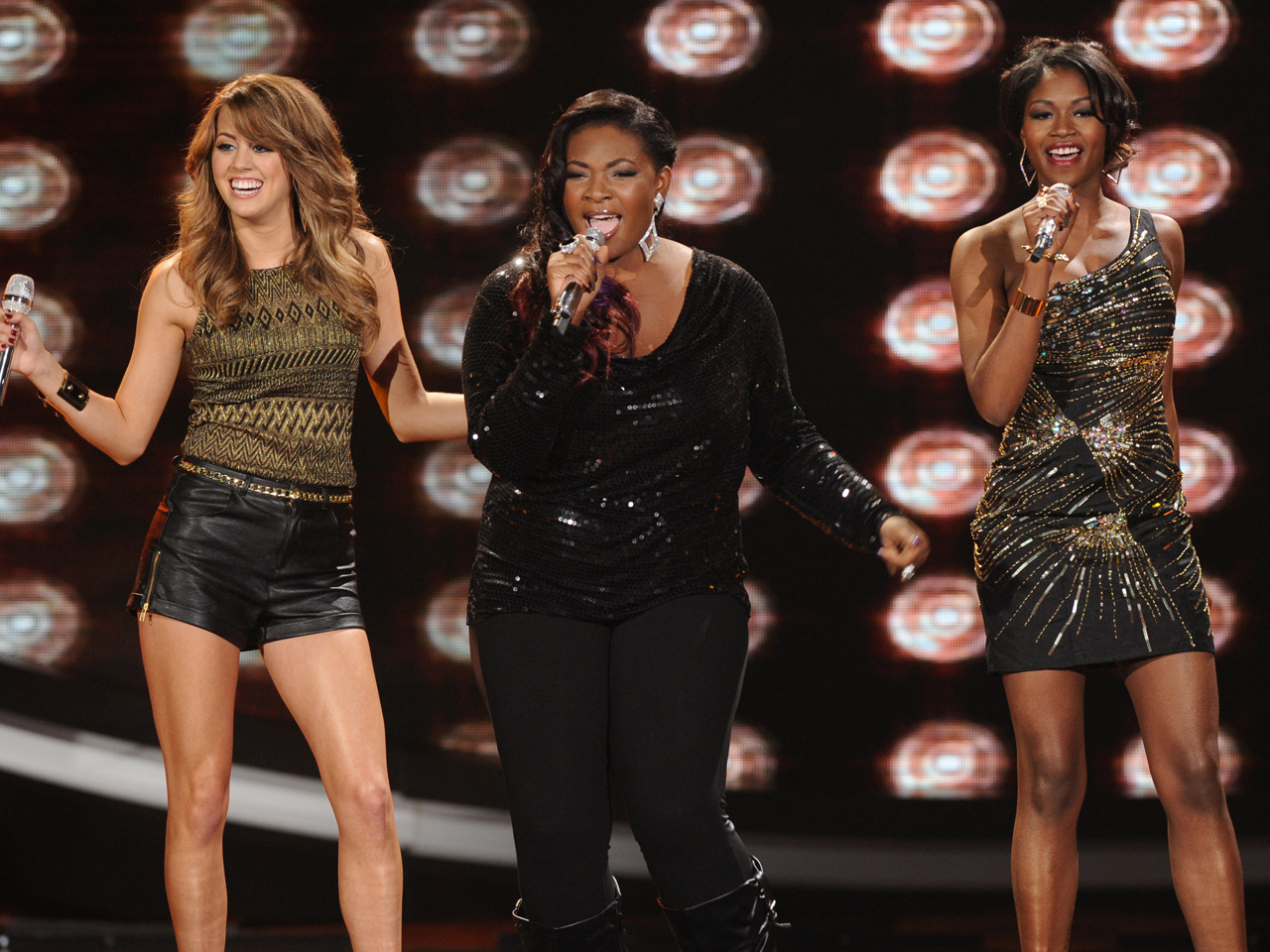 Are they talented? Yes. But can they all stay? No.

On Wednesday night's episode of "American Idol," mentor Smokey Robinson said, "We're down to the last eight contestants on 'American Idol' -- and all of them are very talented."

But not all of the season 12 hopefuls will have the luxury of staying in the competition, as one will get the boot Thursday night. Although the Top 8 contenders definitely have the chops, it's clear after Wednesday night's performances, some are standing out in the battle. And Amber Holcomb is one of them. After belting out Stevie Wonder's "Lately," Holcomb received a lot of praise from the judges. Mariah Carey got so excited that she was bleeped out. F-bomb, perhaps? Randy Jackson thought it was "the best vocal of the night," and Nicki Minaj noted, "That was just out of this world."

Kree Harrison was another standout of the night. Following her performance of Aretha Franklin's "Don't Play That Song," Jackson told her, "You definitely are here to stay."

Devin Velez sang a nice, touching version of The Miracles' "Tracks of My Tears," and the judges also praised Burnell Taylor's performance of "My Cherie Amour."

Fan favorite Angie Miller, though, failed to impress on Wednesday with her rendition of The Miracles' "Shop Around." Jackson told her it "was not great." Carey echoed his sentiments, saying, "This is not necessarily what you do best." But Keith Urban didn't seem too concerned about Miller's chances, saying he's confident she'll be back next week.

The results come Thursday at 8 p.m. ET when one finalist will be sent home. Urban will perform on the show prior to the elimination.

Tell us: Who do you think will be sent home?