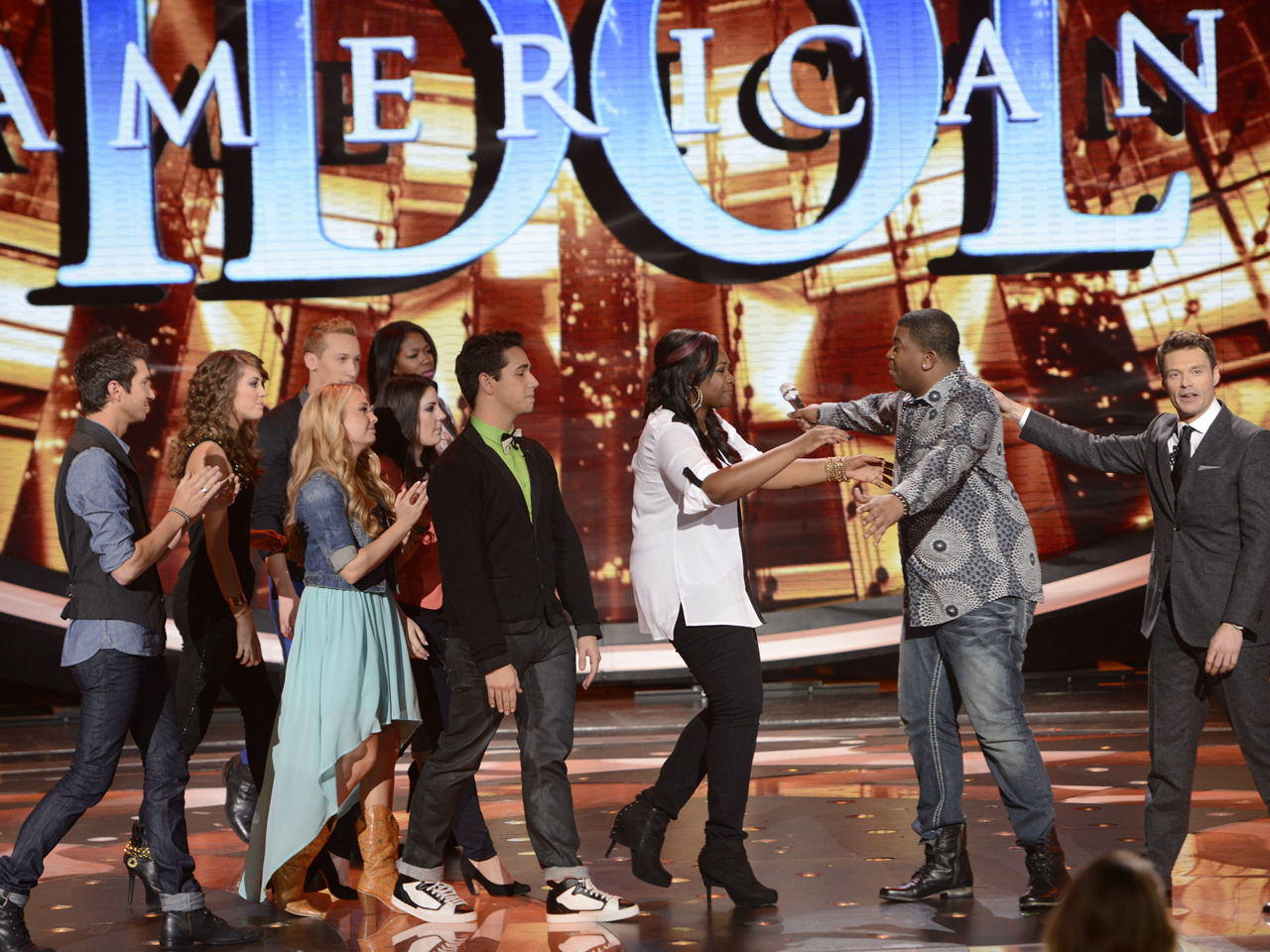 Bye-bye, Curtis Finch Jr. He was the first Top 10 contestant to be eliminated on season 12 of "American Idol" Thursday night.

Was it his over-singing? His gospel-pop tinged musical palate? Or was it his reported "disdain" for other contestants? It was probably a combination of a few things that brought Finch the fewest number of votes. At one point, Nicki Minaj tried to save the aspiring singer, convincing her cohorts to let him perform "I Believe I Can Fly," his survival song. She told Finch, "If you go home, I go home." The rapper, who showed up late to Wednesday's show, told host Ryan Seacrest she thought they needed another minute to discuss, but her fellow judges weren't having any of it. Essentially America voted -- and Finch doesn't get to stay. Despite threatening to "go home," an unhappy Minaj remained.

And following in the footsteps of "The X Factor," "American Idol" is letting America in on how some of the top contenders ranked. Candice Glover, Kree Harrison and Angie Miller are in the top three -- in no particular order. The rest of the hopefuls are ranked as follows:

Also on Thursday night, Aubrey Cleland and Charlie Askew competed in a sing-off with hopes of making it on to the "American Idol Live!" summer tour. Fans can vote for their choice here. The evening also featured a performance by "Idol" alum Phillip Phillips, who sang his new single, "Gone, Gone, Gone." Bon Jovi also appeared in a taped segment, performing "Because We Can."