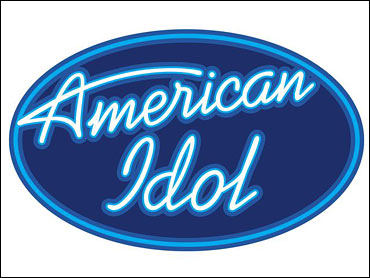 Many would-be "American Idol" voters are disenfranchised by overburdened phone lines and by "power dialers" who hog the system, the magazine Broadcasting & Cable reported.

According to the magazine, "the only people choosing the next "American Idol" are the ones lucky enough to get through — or skilled enough to get around — tremendously overtaxed phone lines."

Fox TV, which airs the talent contest, has failed to address the difficulties viewers must overcome to log votes, the magazine said.

The show is a ratings winner and valuable property for its producers and Fox, but Broadcasting & Cable said the network is alienating viewers who repeatedly get a busy signal when they try to call in their votes.

The voting system has been called into question in recent weeks as contestants who appeared to be front-runners were dumped in favor of others who many viewers have complained were lesser performers. Last week, favorite La Toya London was voted off while Jasmine Trias survived a shaky performance.

Fox said both it and the show's producers have "gone to great lengths" to ensure the integrity of the voting process.

"While acknowledging that dedicated fans may be unhappy with the outcome, the system only reports the decision of the voting public," the network said in a statement.

The contest winner, who gets a record contract, will be decided in the series finale May 25-26. Trias, Fantasia Barrino and Diana DeGarmo of Snellville, Ga., are still in the running.

Questions about "Idol" voting are nothing new.

In last year's finale between Ruben Studdard and Clay Aiken, a total of 24 million votes were recorded, with Studdard declared the winner by a slim 134,000-vote margin.

But on the same night, Verizon, the nation's largest phone company, saw its daily volume increase by 116 million calls while SBC reported a call-volume increase of 115 million, according to Broadcasting & Cable.

That indicates a logjam in which millions of potential voters never got through, the magazine said.

Fox dismissed the allegation as speculative.

Viewers are allowed to vote repeatedly by phone during a two-hour window following the Tuesday show. Votes also can be cast by text messaging, which hasn't seen the same problems, the report said.

Fox acknowledged there are times the phone network can't handle all calls due to the volume, but said it is using "the most sophisticated system available in the nation."

Ratings and call volume have risen over the show's three seasons.

Broadcasting & Cable said so-called power-dialers, who use fast Internet connections and computer autodialing software, also affect the outcome by the number of votes they are able to cast and by tying up lines so that others can't vote.

The magazine cited an August 2002 story by The Associated Press in which "American Idol" producers acknowledged power-dialers were casting thousands of votes.

In its statement Sunday, Fox said there are procedures in place to prevent individuals from "unfairly influencing the outcome of the voting," adding that producers can remove votes identified as power-dialing.