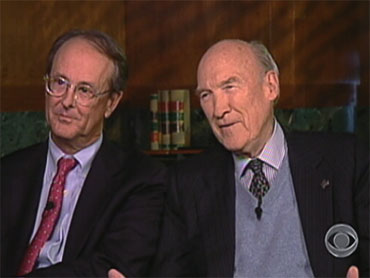 To ease surging budget deficits, Americans prefer cutting federal services to raising taxes by nearly 2-1 in a new poll. Yet there is little consensus on specific, meaningful steps - and a wariness about touching two gargantuan programs, Social Security and Medicare.

As for detailed cures, the poll shows little agreement - a problem that has long bedeviled lawmakers who often speak about taming federal deficits but seldom vote to do so. Given more than a dozen options for helping balance the budget, majorities backed just four: Reduce the number of federal workers, trim their salaries, cut overseas military bases and eliminate the tax deduction on home mortgage interest in exchange for lower income tax rates.

"I'm sure there's waste somewhere," said Terri Davis, 44, a travel company employee from Ashburn, Va. "But I like a lot of government programs that keep order in the streets, that do research about what's dangerous. A lot of things are worthwhile."

Budget deficits have been winning increased attention from President Barack Obama and congressional Republicans, who will control the House next year and wield increased clout in the Senate. Despite their midterm election victory, the GOP holds only a slight edge in trust on the issue, with 1 in 8 saying they trust neither party, the poll shows.

Obama announced a pay freeze Monday for the government's 2 million nonmilitary civil servants, saying, "Getting this deficit under control is going to require some broad sacrifice." A bipartisan deficit commission that Obama appointed is to issue a report this week, while another bipartisan panel dominated by former officials has released its own budget-balancing plan.

"We've got an awfully big government and a lot of waste," said Jackie Hallock, 53, a writer from Pawleys Island, S.C. "I think we should cut taxes, not raise taxes. They're already too high."

If there's a ray of hope for policymakers, it's the expectation many have for a broadly aimed deficit-reduction effort.

Asked to consider each budget-balancing strategy separately, nearly two-thirds said tax increases will be needed to eliminate deficits and almost 8 in 10 said government services will have to be cut. A large majority of Democrats said spending cuts were inevitable, while about half of Republicans said tax increases were necessary - positions that are usually anathema for party leaders in Congress.

Combining those responses, just over half overall said spending cuts and higher taxes will be needed.

"The deficit is so immense, it's going to take a combination of things," said Mark Price, 52, a retiree from Roseville, Mich.

Even so, the public is not bristling to tackle the deficit.

Of seven issues tested, the deficit was even with taxes as fifth most mentioned, well behind the economy. Forty-seven percent said the deficit should be reduced with spending cuts even if new education, health and energy programs were eliminated, while 46 percent said those programs should grow even if the red ink expands.

When it comes to culling savings from Social Security and Medicare, the public mood runs from ambivalence to distaste. The giant pension and health care programs for the elderly together comprise a third of the $3.5 trillion annual budget.

Clear majorities oppose eliminating the tax credit for children, cutting the number of troops or their pay and trimming education and homeland security spending. People were split about evenly over cutting farm subsidies, while more opposed reducing Pentagon weapons research. Most opposed raising the federal gasoline tax and using the money for roads.

Illustrating how peoples' self-interest affects their choices, those with home mortgages split about evenly over whether to end the tax deduction on mortgage interest in exchange for lower rates, while those without mortgages strongly favor the idea.

The AP-CNBC Poll was conducted by GfK Roper Public Affairs & Corporate Communications from Nov. 18-22 and involved landline and cell phone interviews with 1,000 adults chosen randomly nationwide. The margin of sampling error is plus or minus 4.3 percentage points.