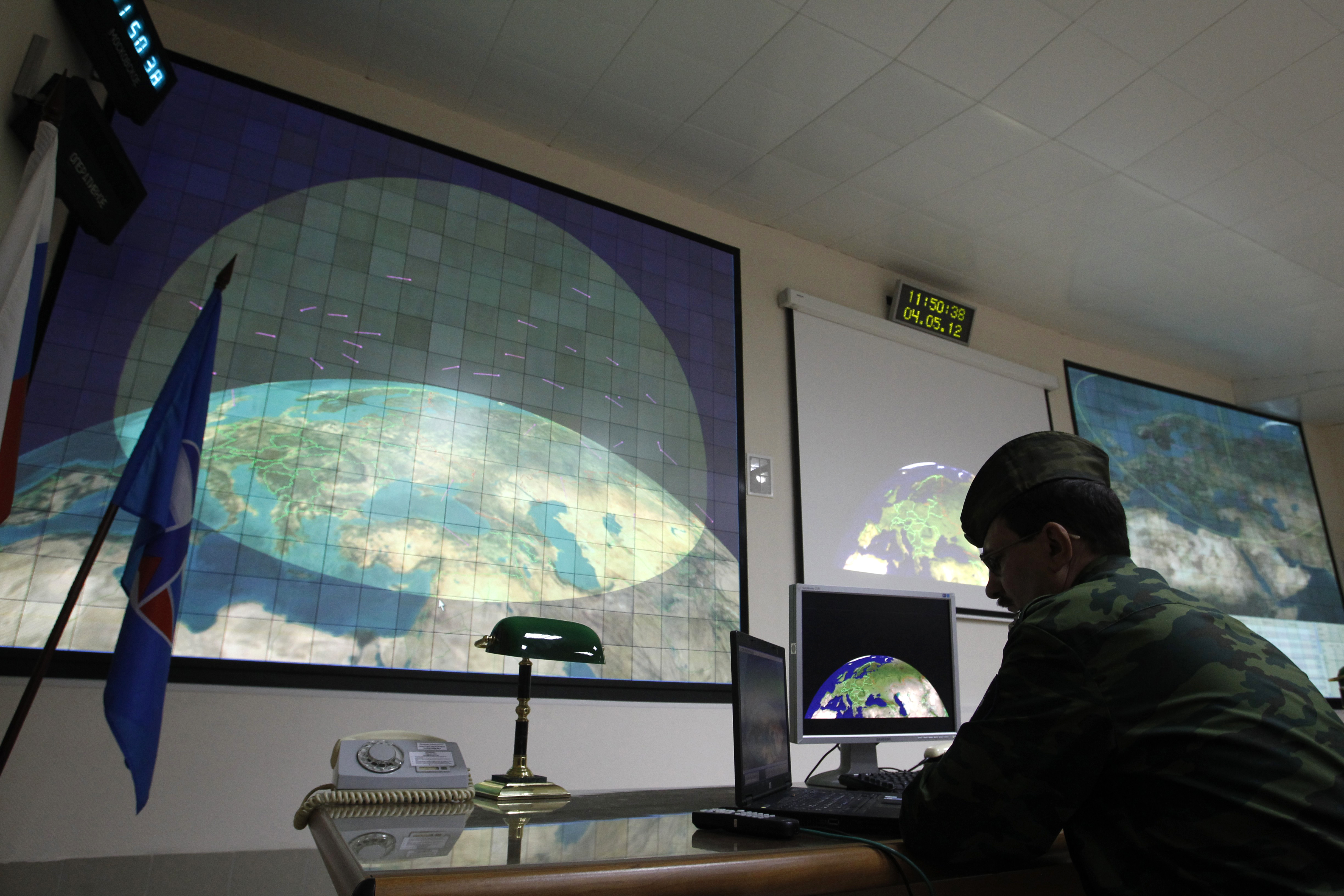 WARSAW, Poland -- A U.S. missile defense system aimed at protecting Europe from ballistic missile threats is moving into higher gear this week, with a site in Romania becoming operational on Thursday and officials breaking ground at another site in Poland a day later.

The system has been under development for years and is, NATO and U.S. officials say, aimed against potential long-range threats from the Middle East, mainly with Iran in mind. Yet Russia is adamantly opposed to having the advanced military system on its doorstep and the development is certain to further exacerbate tensions between Russia and the West that are more strained than at any time since the Cold War.

The United States and NATO say the missile shield -- which is able to track and shoot down incoming missiles -- is purely defensive and is, in any case, powerless against Russia's large stockpile of intercontinental ballistic missiles.

"We have had very, very difficult challenges," dealing with Russia, said Frank Rose, Assistant Secretary of State for Arms Control, Verification and Compliance in Bucharest, Romania on Wednesday. "Russia has been building an advanced system for a long time and they do it very well. We don't have the technical capability to deal with that threat."

While the Kremlin doesn't view the NATO missile defense system as a threat to its nuclear forces in its current limited shape, it fears that the U.S.-led missile shield may eventually erode the deterrent potential of Russian nuclear forces when it grows more powerful in the future.

Russian officials have shrugged off the claim that the planned missile shield is intended to fend off missile threats from Iran, and President Vladimir Putin has pointed at the determination of the U.S. and NATO to pursue the project even after a nuclear deal with Iran as a proof that it's aimed against Russia.

"For us to discount or ignore that very real missile threat would be irresponsible," Romero said.

Russia has threatened to react to the planned site in Poland by deploying Iskander missiles to Kaliningrad, the Russian territory wedged between Poland and Lithuania that is the most militarized zone in Europe.

The Iskanders, which can be fitted with either nuclear or conventional warheads, have a range of up to about 300 miles, putting much of Poland in reach. They were temporarily deployed to Kaliningrad during military maneuvers last year to demonstrate Russia's quick deployment capabilities. Polish defense officials are convinced some are still there.

"What the Russians are protesting against are forces that are unable to threaten them," said Michal Baranowski, the Warsaw office director of the German Marshall Fund of the United States, an institute devoted to trans-Atlantic affairs.

"Their protests are disingenuous," Baranowski added. "We know -- and they know -- that these are defense forces that are at a level that could be easily overwhelmed."

U.S., NATO and Romanian officials will hold a ceremony Thursday to mark the start of operations of the site in Deveselu, a village in southern Romania, with NATO Secretary General Jens Stoltenberg due to deliver a speech. A day later Polish and U.S. officials will take shovels in hand to break ground at a planned site in the Polish village of Redzikowo, near the Baltic Sea. It is set to go online in 2018.

Both sites will be part of a system dubbed the European Phased Adaptive Approach, nomenclature indicating that its capabilities will grow as different elements become operational. For now the system also includes radar in Turkey and four naval destroyers with a home port in Spain. With only interim capabilities, it is now under command of the U.S. Navy but will be transferred to NATO once fully operational.

The program was launched by former President George W. Bush but adapted significantly by President Barack Obama, who eliminated a component intended to be in the Czech Republic. Prague saw its own relationship with Moscow strained by agreeing to take part, leaving some lingering bitterness toward the U.S.

In the initial years of planning, Russia and NATO were still working on what they called a "strategic partnership." Today the relationship is in a more confrontational phase, something on display recently in close encounters between the U.S. and Russian militaries in the Baltic Sea.

Russia buzzed a U.S. warship last month, coming within 30 feet from the destroyer in what the U.S. Navy called a "simulated attack," while a Russian jet barrel-rolled a U.S. Air Force reconnaissance plane. U.S. officials have denounced those maneuvers as unprofessional and dangerous, with Secretary of State John Kerry saying that under U.S. military rules of engagement, the Navy ship could have opened fire.

The Russians have downplayed the incidents, with Foreign Minister Sergey Lavrov saying the warplanes took a look at the ship "from a safe distance."

Ties between Russia and NATO took a sharp turn for the worse when Russia annexed Crimea in 2014 and began supporting a pro-Russian insurgency in eastern Ukraine. That led NATO to ratchet up military exercises in Central and Eastern Europe to reassure allies who threw off Moscow's control a quarter century ago and fear that they could be targeted next.

A large-scale war game involving some 25,000 troops, Anakonda 16, is due to take place in Poland next month, one of the largest in recent years.

NATO is also discussing a plan to deploy a continuous rotation of about 4,000 troops to the Baltic states and possibly Poland to reassure the nervous allies. NATO defense ministers are expected to discuss that in June, with a final decision on deployment to be taken the following month by Obama and other NATO leaders at a NATO summit in Warsaw.

Baranowski, the analyst, said even with that expected build-up, NATO will still only have about one-tenth of the forces that Russia has deployed along its front.

"That's peanuts compared to what Russia already has there," he said.