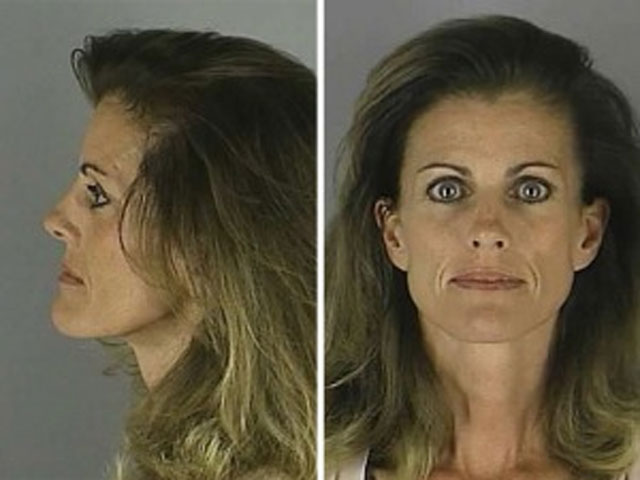 (CBS/AP) MINNEAPOLIS - The wife of former Minnesota Viking player Joe Senser was sentenced to 3 1/2  years in prison Monday for a hit-and-run crash that killed a young chef on August 23.

Amy Senser, 45, tearfully apologized to the family of Anousone Phanthavong, 28, moments before a judge rejected her request for probation. Senser had tattooed Phanthavong's name on her wrist and told his family she waits for the day she can meet him.

Hennepin County Judge Daniel Mabley said Senser's remorse rang true, but he wasn't satisfied with her account of what happened when she struck and killed Phanthavong, 38, on a freeway exit ramp. Mabley said Senser avoided taking responsibility, even after the panic immediately following the crash had subsided.

"This avoidance of responsibility was not out of panic or confusion. It was orchestrated," Mabley told an overflowing courtroom in Minneapolis. "A certain momentum develops around these denials."

He said the prison sentence was important to deter people from leaving the scene of crashes, saying such cases are happening more frequently.

Senser, 45, was convicted in May of leaving the scene of an accident and failure to promptly report an accident, both felonies. She is likely to serve the first two-thirds of her sentence in prison and the rest on supervised release.

Phanthavong's car had run out of gas and he was filling the tank on the side of the exit ramp near the Thai restaurant where he worked when he was struck and killed. Parts of a Mercedes were found at the scene, and authorities appealed to the public for help in finding the driver.

Nearly 24 hours later, Nelson called authorities to tell them they could pick up the vehicle involved at the Sensers'. But the Sensers didn't talk to police, fueling speculation about who was driving and whether alcohol was involved. It was more than a week later that Amy Senser admitted she was driving.

During the emotional sentencing hearing, Phanthavong's mother and other relatives cried as his niece and brother relative read victim impact statements. Senser sobbed, her shoulders shaking, and at one point she cried out, "I'm sorry! I'm sorry!"

Khonevichith Phanthavong, the victim's brother, said they had started talking about opening a restaurant together after taking years to get close.

"Now we no longer have an opportunity to make our dreams come true," he said. "All because of one night."

Senser cried later as she apologized to members of Phanthavong's family, some of whom wore T-shirts bearing his picture.

"I've waited a long time to say I'm sorry. I hope you can believe me that I never saw your son that night and if I had I would have stopped to help him," Senser said, turning in her seat to face Phanthavong's relatives in the courtroom. "I take full responsibility for his death. It was my fault."

She added: "I just hope someday you can forgive me for taking Anousone from you."

Mabley's sentence was on the low end of the range of 41 to 57 months called for in sentencing guidelines. Prosecutors had asked for the maximum prison term, saying Senser had shown no remorse and made only excuses for the crash.

Senser's criminal trial has been one of Minnesota's most closely watched in years, particularly due to the suggestion of a cover-up and the defendant's marriage to a well-known figure in the state.

Joe Senser was a tight end for the Vikings in the early 1980s and has remained visible as a game commentator and as owner of a string of restaurants in his name.

Joe Senser did not attend the sentencing hearing. Nelson said he was with the couple's daughters.

During her trial this spring, Senser testified that she felt a jolt when she turned onto the freeway exit ramp in an area undergoing construction, but thought she had hit an orange construction barrel or a pothole. She said she didn't realize a man had been hit until seeing news reports the next day.

But prosecutors said Senser had to have known she hit someone, and highlighted numerous texts that were deleted from Senser's cellphone the night of the crash and the next day.

The Sensers settled a civil lawsuit filed by the Phanthavong family shortly after the criminal trial ended.

Nelson said Amy Senser got the tattoo of Phanthavong's name after the guilty verdict "as a reminder to carry him with her."

"She's not a monster," Nelson said. "She would have never knowingly left someone to die. It's just not in her."

After the sentencing, attorney Jim Schwebel said the Phanthavong family accepted Senser's remorse and felt that the sentence was fair.

"What we got was justice today," said Khonevichith Phanthavong. "We forgive her."