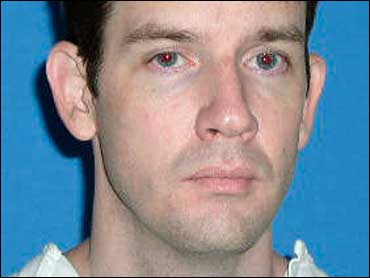 On Monday, hundreds of journalists and assorted paparazzi will flock to the start of the Las Vegas trial of O.J. Simpson.

The former football star and pitch man (and proven-in-a-civil-trial murderer) is charged with armed robbery and kidnapping in a case about sports memorabilia that is as unimportant as it is well-publicized.

On the same day, hundreds fewer journalists will be in Texas, where a fascinating hearing will be held that could determine the immediate fate of a convicted killer scheduled for execution.

By Monday night, you will almost certainly be inundated with walk-shots of Simpson wandering into court and babbling analysts dissecting the meaning of the start of his jury selection.

But unless you are in Collin County, Texas or its environs, you are quite unlikely to know whether the state courts there were willing and able to halt the execution of Charles Dean Hood for the sole (and quite legitimate) reason that it seems his trial judge and his prosecutor may have been sleeping together at the time of his trial.

Go ahead: It's okay to play that sound from "Law and Order" in your head right now.

What is wrong with this picture? I cannot begin to tell you. Certainly it is not news to you that what passes for vital legal news these days often is overlooked in favor of what looks pretty, or what can be sensationalized, or what stirs the emotions and passions of talk-show hosts and their overbooked guests.

So, alas, a whole new generation of television-watching Americans (it's been over 14 years since the Simpson case began) is doomed to endure during the current trial a replay (literally) of the first and epic trial. Belt yourself in for Marcia Clarke, et al.

Meanwhile, a story which highlights in cinematic terms the grotesque nature of Texas' capital punishment system will be underplayed. You'll have to really look for it to find it - in the Dallas Morning News and via other local and regional outlets.

But it's there. A man was almost executed in June - and faces execution again on Wednesday - despite a credible allegation from a former assistant district attorney that the Collin County DA at the time, a fellow by the name of Tom O'Connell, was having an affair with Collin County Judge Verla Sue Holland during Hood's capital trial.

That the Hood case would get to the brink of execution before the allegation was vetted (or that, if true, either officer of the court would allow it to happen) tells you a great deal of what you need to know about the death penalty in the Lone Star State.

Around the time that the Simpson Circus gets rolling, a new judge in Texas will determine whether O'Connell and Holland ought to be questioned under oath about their alleged affair. If the judge allows this to occur, and if the pair confirm the matter, it's hard to see how any court in the state would allow Hood's execution to stand.

It's also hard to see how the new judge could rule against deposing O'Connell and Holland given what's at stake for Hood.

But, again, this is Texas, where real legal news often is made these days.

Trust me, please, no real legal news will be made in the Simpson case. Prosecutors already have "flipped" four of the five yahoos who decided it was a good idea to follow Simpson, private sting-like, into a hotel room (not his own) to recover, so he says, his own sports memorabilia.

So it will be conspirator-versus-conspirator in a complicated trial about a crime during which no one was injured. And there's the sole remaining Simpson co-defendant, a fellow named Clarence Stewart, who has been trying, desperately, to have his trial separated from that of the fallen star. Can you blame him?

The kidnapping component of the Simpson case looks mildly interesting at first because in our regular lives, "kidnapping" means something far more restrictive than it does in the language of the law. The alleged "victim" in the Simpson case was not dragged out of his house and held captive in some abandoned farmhouse. But the law does not need for all that to occur to convict someone of kidnapping; all that is needed is for someone to be forcibly "confined" - say, in his hotel room (with sports memorabilia!). So no ground will be broken no matter what jurors think of that stretch by prosecutors.

Finally, jury selection in the Simpson case ought to be a gas, as both lawyers and the judge look for innovative ways to accept jurors who know a little more than something about Simpson's past history with the law. At the bench they'll all agree, no doubt, that a juror who believes Simpson is a murderer, or at least got away with something, still may serve so long as that person can judge him anew, freshly, and without regard to his past. But even this cabbage is not legal news.

In high-profile trials judges and prosecutors for years have been forced to be more lenient about allowing into service jurors who have strong opinions about the celebrities they are to judge.

Right now I would love to know what Hood's jurors will think if it is proven that his trial judge and his prosecutor were playing footsie, with his life on the line.