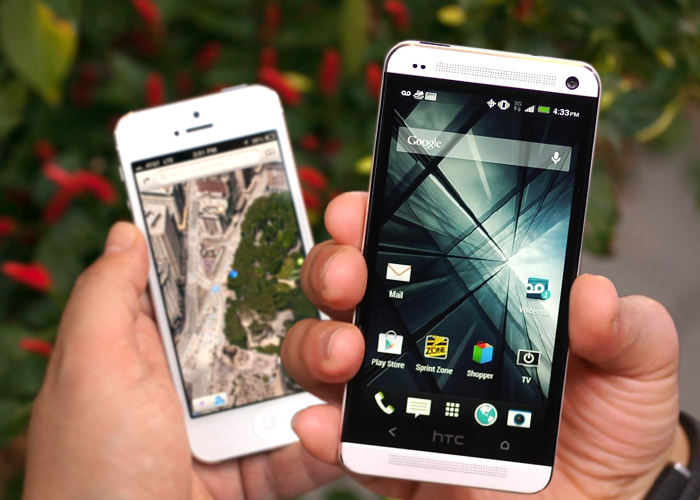 (MoneyWatch) The evidence has been clear for a while that Apple (AAPL) is no longer the singular dominant force in mobile. But the alarm bells have grown shriller. Supplier results suggest "lackluster iPhone demand." Anonymous supply chain sources say that iPad mini unit sales could drop 20 percent to 30 percent this quarter, compared with the same period last year first quarter of 2013. [Update: The iPad mini was introduced in the fall of 2012.]

Maybe the reports are accurate and maybe they aren't. But Wall Street is taking notice, particularly given the recent weaker-than-expected performance from the consumer electronics company. Apple's stock price is currently below $400. The last time it was that low was September 15, 2011, when shares closed at $392.96.

The remark about lackluster iPhone demand (and, remember, there are expectations of a new model coming out later this year, which could lower sales of existing models) comes from Needham & Co. analyst Vernon Essi Jr., according to Barron's. Cirrus Logic (CRUS), which counts Apple as a major buyer of its audio chips, warned that its revenue will miss analyst consensus. Essi wrote, "[W]e blame Apple for losing its mobility mojo."

Might as well blame the sand for getting wet when the tides come in. As it did in the early days of the PC, Apple successfully rode early innovation in a new market -- fully powered mobile -- to move ahead of its competition. And, as it did before, Apple focused on design and high-margin products.

But the innovation wasn't all Apple's, and it couldn't accidentally lose control over some of its most important advances, as it did with the Mac's user interface and a license to Microsoft (MSFT) that effectively became perpetual.

Eventually, others like Samsung successfully challenged Apple by using Google's (GOOG) free Android mobile operating system. Samsung gained market share by experimenting with different features and form factors, finding what appealed to customers and then folding that knowledge back into its innovation process.

And yet, this isn't a story of one company overcoming another. There are too many developments by different companies in the works at the same time. Is Microsoft totally out of the picture? Market analyst firm IDC still thinks it could gain 11.4 percent market share by 2016. Samsung is working on its own operating system for high-end smartphones, which could mean a drop in Android's share. Mozilla will release a Firefox operating system for mobile devices and concentrating, at first, on Spain, Portugal, Brazil, Poland and Venezuela. But another free operating system will mean more choices for hardware vendors and a market that focuses ultimately on device brands, not operating system ones. And then there is Facebook pushing its Home framework for Android and the possibility that the company could eventually create a fork of Android and literally have its own operating system that it would presumably give away.

To write off new developments as doomed because of the dominance of current ones is as shortsighted as saying that PCs would never amount to anything because of previously existing platforms. No one knows how things will shake out or who will be on top in the next five to ten years. That will be exciting for consumers, challenging for those in the industry, and perplexing for investors.