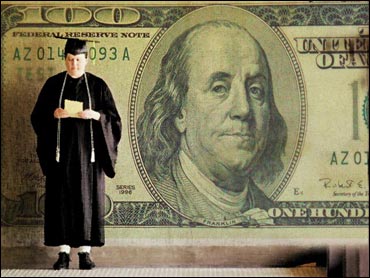 This column was written by Peter Kirsanow.

Should it be cheaper for illegal immigrants to attend U.S. colleges than for U.S. citizens? Yes, according to lawmakers in California, Illinois, Kansas, New Mexico, New York, Oklahoma, Texas, Utah, and Washington.

The primary rationale behind in-state tuition rates is that students whose parents have been paying taxes into the state treasury for the past 18 years — thereby providing revenue for that state's colleges — should receive a break over out-of-state students. But the rationale has scant applicability to students who are illegal immigrants. Most states require illegal immigrants to reside in the state for only 2-3 years before becoming eligible for in-state tuition rates.

In-state tuition for illegals is an increasingly popular concept among lawmakers. At least 20 additional states are considering legislation that would grant in-state tuition rates to illegal immigrants. Some U.S. senators are even considering extending in-state tuition for illegals to all fifty states. They're doing so in clear defiance of congressional intent to make such preferential treatment unlawful. Title 8 Section 1623 of the U.S. Code (part of the Illegal Immigration Reform Act of 1996) provides in pertinent part:

a) Notwithstanding any other provision of law, an alien who is not lawfully present in the United States shall not be eligible on the basis of residence within a State (or political subdivision) for any postsecondary education benefit unless a citizen or national of the United States is eligible for such benefit without regard to whether the citizen or national is such a resident.

This act isn't much of a deterrent. It's estimated that the majority of the 125,000 illegal immigrants attending the nation's colleges and universities are eligible for in-state tuition rates.

In-state tuition breaks may not be the only benefit granted to some illegal immigrants seeking to attend U.S. colleges and universities. Thomas Sowell, Roger Clegg, and Ed Blum have noted recently that illegal immigrants who are members of preferred minority groups are entitled to other benefits unavailable to the vast majority of American citizens.

At some schools, preferred-minority applicants are up to 100 times more likely to be admitted than similarly situated non-preferred (i.e., Asian or white) comparatives. Affirmative-action programs at some schools are structured in a way that, beyond a minimum level of qualification, preferred-minority applicants are virtually guaranteed admission. Consider the advantage to the illegal immigrant residing in, say, Illinois, who is also a preferred minority: If he applies to an Illinois state school with a typical affirmative-action program, he's dozens of times more likely to be admitted over a more qualified Asian or white U.S. citizen and will pay tens of thousands less for tuition than a U.S. citizen from outside the state. As the comedian Yakov Smirnoff—a legal immigrant—might say, "What a country!"

The preferences don't end at the undergrad level. Illegal immigrants from preferred-minority groups are also preferred in law-school admissions. In fact, the American Bar Association recently sought to compel law schools to grant preferences to certain minorities; schools that failed to do so could lose their ABA accreditation. No law school is excused—even if it's located in a state that has outlawed preferences (e.g., post-Prop. 209 California). Interpretation 211-1 of ABA Standard 211 makes the following breathtaking admonition: "The requirements of a constitutional provision or statute that purports to prohibit consideration of gender, race, ethnicity, or national origin in admissions or employment decisions is not a justification for a school's non-compliance with Standard 211 (mandating diversity)". In other words, "diversity" trumps the law, so schools better engage in preferences, or else.

In the next several months, high-school seniors will begin the college-application process in earnest. Many will soon discover that having a 4.0 GPA, 1500 SATs, and a dazzling extracurricular list means less than having the proper ethnicity. And being a U.S. citizen means nothing at all.

Peter Kirsanow is a member of the National Labor Relations Board. He is also a member of the U.S. Commission on Civil Rights. These comments do not necessarily reflect the positions of either organization.

By Peter Kirsanow
Reprinted with permission from National Review Online