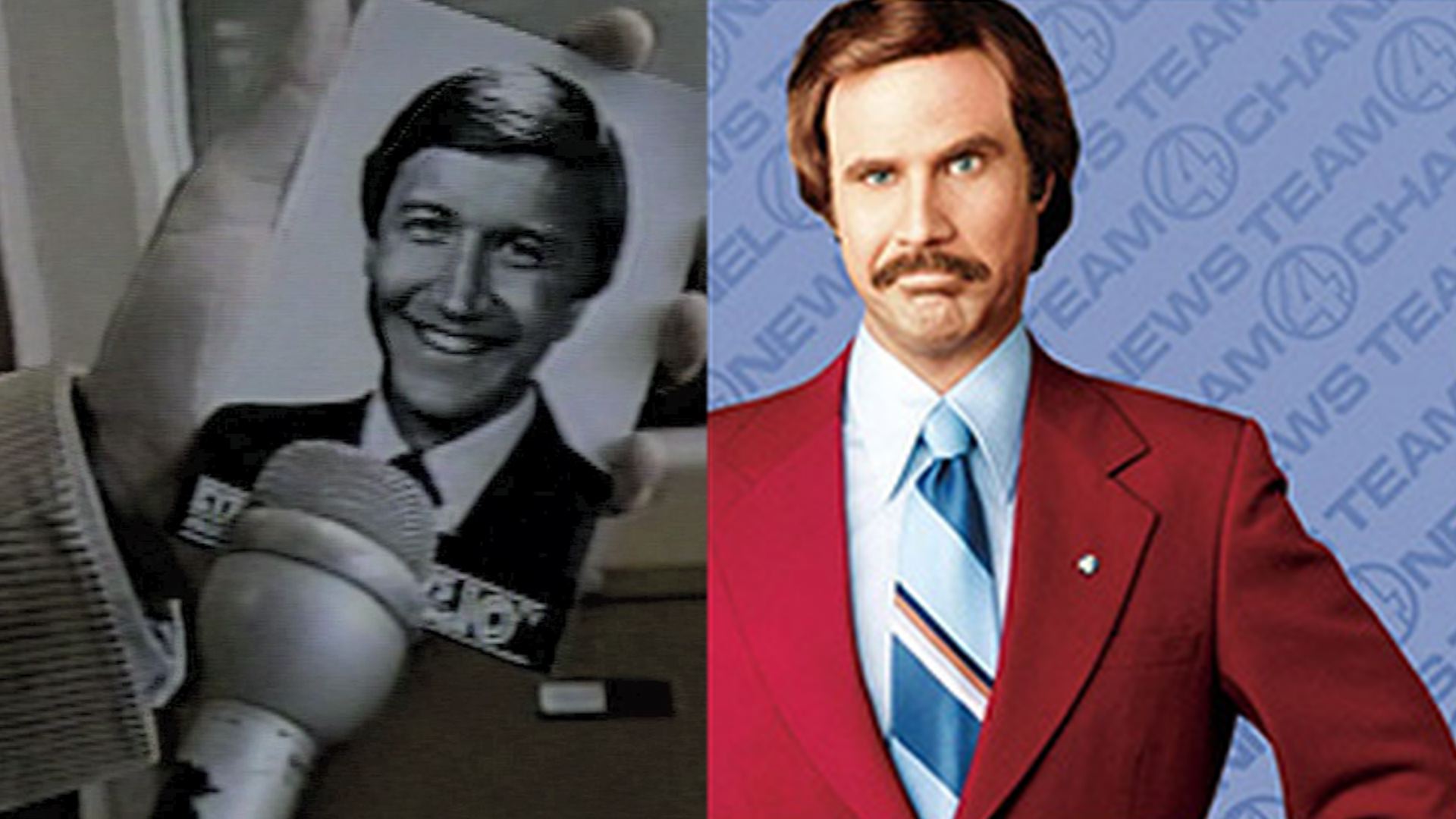 To the objective viewer, “Anchorman” and its newborn sequel “Anchorman 2” may seem to mercilessly hack away at a larger-than-life caricature of the 1970s local news scene. But to people like CBS News Justice Correspondent Bob Orr – the real-life “Ron Burgundy” types who graced the anchor desk during the decade of wide ties and inflated hair – they cut, as he says, “a little too close to the bone.”

Before moving on to report and anchor in Columbus, Ohio, and Philadelphia, Orr’s storied news career began in 1973. As a student in college, he began work part-time as a sports reporter for WTRF-TV in Wheeling, W.Va.

Breathing life into one of the most quotable moments in recent cinematic history, Orr says he fancied his work as kind of “a big deal” – “I would walk around and tell [people], don’t you know I’m on the local TV station?” he concedes. But the movie’s portrayal of Burgundy and his Channel 4 news team as cult figures in their cities, Orr assures, is pretty spot-on.

David Koechner, who in both movies plays the station’s indulgent but affable sportscaster Champ Kind, tells CBS News his character development was in part based on the idolatry of local newsmen: “These guys didn’t realize how much globe there was,” he says. “They were just local anchors, and they were kings.”

The 1970s, Orr says, were “kind of a wacky time, you know – certainly an era of really bad clothes.” When he started out, he recalls, he had three suits: one blue, one brown, one green – all with enormous lapels replete with white piping. A wide, patterned tie and inflated, perfectly set head of hair completed the style.

“The hair’s very important,” he says. “I mean, what did Burgundy say in the gang fight? ‘No touching of the hair or face.’”Journalists to begin with, Orr explains, are “colorful characters.” But during an era of typewriters, carbon paper and far fewer rules, “it was just crazy.”


“One anchorman I revered in a place where I worked – hard, tough as nails guy, looked a little bit like Robert De Niro,” Orr says. “This guy was a chain smoker. And the problem was, he didn’t believe in using ashtrays. So he’d sit them down on the desk, and they would burn down to where they would catch the desk on fire. Or if you happened you walk by… you know, I had many pairs of pants with burning holes about thigh high.

“What you have to understand about that time, though,” Orr went on, “is that this was a guy who drank hard, smoked hard, probably used more colorful language than we were really allowed to use. But when he went on the news, he was letter perfect. He was authoritative, and he was a good newsman.”

Koechner says one thing he found astonishing in the first film’s introduction of character of Veronica Corningstone – Will Ferrell’s no-nonsense, eventual co-anchor – was “just how much chauvinism there was – not only in the newsroom, but in America; in the American workplace.” Orr confirms that “unfortunately,” TV news of the 1970s “was pretty much like a white boys’ club.”

But when women did make it to the anchor chair, he qualifies, they proved to be “pretty egotistical too.” “I’m working with this anchorwoman,” he says, “and she’s gonna do a live interview with a farmer about this big pumpkin festival. She doesn’t have any idea what to ask the guy. So her second question is, ‘Well, so Farmer Jones, how often do you hold this annual pumpkin festival?’”

A pioneer to Burgundy’s “Nice work, everyone – sharp broadcast” following his infamous Teleprompter slip, Orr says the anchor followed up the interview by remarking, “Well, that went pretty well.”

“Anchorman 2,” released last week to high expectations, finds Burgundy and his team struggling to find a place in local news as 24-hour cable seeps into the mix. “It’s set in 1980, so now we’re dealing with 24-hour news,” Koechner says. ”They’ve never had competition before – they’re going from local to national – and they’re not entirely sure how to deal with that.”

Introduction of the 24-hour news cycle, Orr says, “was just crazy – I mean, that was gonna cut into our time, right?”

Admitting that in retrospect, that era of news is “so instantly easy to make fun of,” Orr remembers two anchormen in particular he worked with who used to count how many seconds each of them had on the evening broadcast: “Like, at 11 o’clock, one guy would say to the producer, ‘Well I had seven minutes and 12 seconds. And Dave had seven minutes and 28 seconds.’”

Orr says the best joke of all is that while he and his fellow ‘70s newscasters looked and acted more or less like the fictional Channel 4 news team, “We were really trying! We weren’t doing comedy; at least, we didn’t know we were doing comedy. I only hope our audience forgives us.”