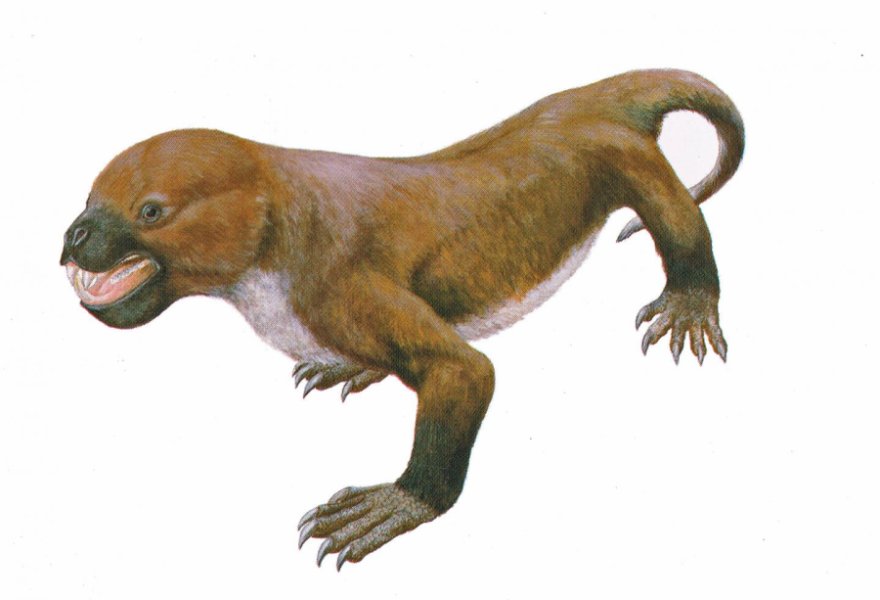 Researchers have unearthed dozens of fossilized teeth in Kuwajima, Japan, which belong to an ancient mammal-like reptile that overlapped with some of the world's earliest mammals for millions of years. The find is significant in that it counters theories that modern-day mammals wiped out these mammalian prehistoric reptiles as soon as they emerged in the evolutionary tree, according to researchers.

The findings that highlighted this new species of tritylodontid -- an animal family that provides a link between mammals and reptiles -- come from a Kyoto University research team and were published in the Journal of Vertebrate Paleontology.

"Tritylodontids were herbivores with unique sets of teeth which intersect when they bite," study author Hiroshige Matsuoka, said in a press release. "They had pretty much the same features as mammals -- for instance they were most likely warm-blooded -- but taxonomically speaking they were reptiles, because in their jaws they still had a bone that in mammals is used for hearing."

The fossilized remains were found during an excavation of a Cretaceous-era geologic layer in Kuwajima that revealed fossils of a range of animals and plant life, from dinosaurs, to fish, to turtles. There were also Mesozoic-era mammal remains at the site.

Among this significant fossil haul were more than 250 tritylodontid teeth, the first to ever be discovered in Japan.

Tritylodontids existed during the Jurassic era, but were previously believed to have died out with the rise of herbivore mammals. Matsuoka added that this theory made sense since the herbivorous mammals "would have competed for the same niche."

So, it was much to the surprise of the research team when the remains seemed to indicate that these reptiles survived at least 30 million years longer than previously estimated.

"This raises new questions about how tritylodontids and their mammalian neighbors shared or separated ecological roles," Matsuoka said.

The study itself is significant because it is the first to depend solely on information gleaned from fossilized test to figure out whether or not a species is new and where it rests on the evolutionary line.

"Usually fossils are identified as a new species only when a relatively complete set of structures like a jaw bone are found. In these cases, characteristics of teeth tend to be described only briefly," Matsuoka added. "Tritylodontid teeth have three rows of two to three cusps. This time we paid attention to fine details like the size and shape of each cusp. By using this method it should be possible to characterize other species on the evolutionary tree as well."

Matsuoka and his team plan to continue to look for more fossilized remains at the Kuwajima site.