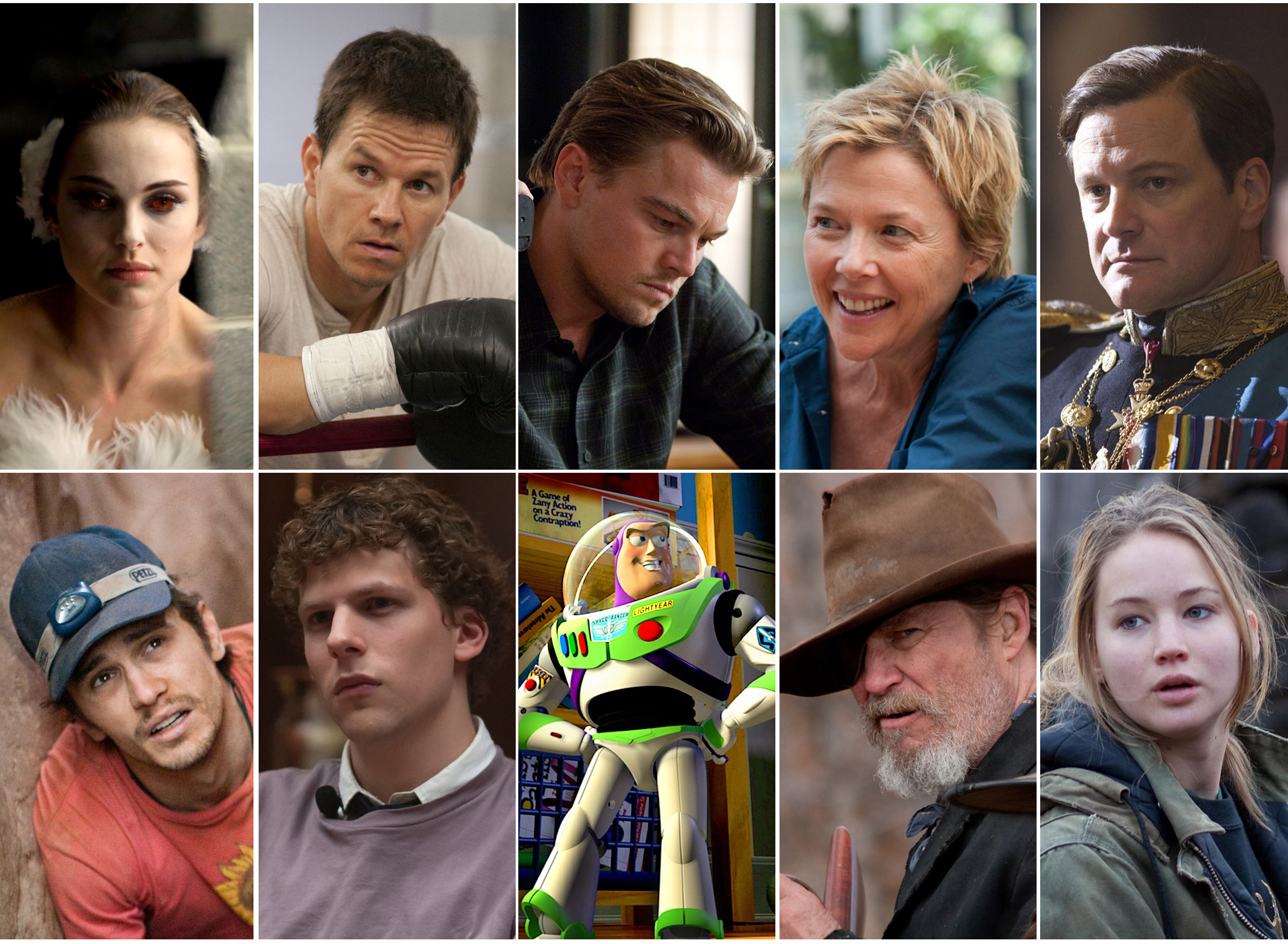 The stars will shine tomorrow night - Hollywood's biggest of the year - at the 83rd annual Academy Awards presentations.

Which actors and films will earn the coveted Oscar statuettes?

Many in the know predict "The King's Speech" will soar, but others say "The Social Network" could have something to say about that.

And, with 10 movies up for Best Picture, there are bound to be some big surprises.

On "The Early Show on Saturday Morning," two leading critics took their best shot at crystal ball-gazing: Jeffrey Lyons, author of "Stories My Father Told Me" and "Notes from the Lyons Den," and MORE magazine's Alison Bailes.

Print out a 2011 Oscars ballot for your party!
Special Section: Oscars 2011

Lyons: This picture this is a life-affirming picture. You will never forget it. It takes a little-known incident in history and rounds out a historical figure and gives him humanity. He's not just a face on a stamp or bill, but rather a person with frailties and self-doubts, and he came out better for it. "The Kings Speech" has the pedigree of the Oscar winner: larger-than-life movies that somehow, if you don't see it, your life won't be as good. And it's a real-life biography. Movies where people play real people often win Oscars.

Bailes: All are good films this year, and "The Social Network" won all the early critics prizes and has 8 nominations. But "The King's Speech" won DGA, PGA and SAG. And winners of those mostly go on to win the Oscar.

Again, both concurred: It will be "The King's Speech"

Lyons: I think "The King's Speech" will go for best picture, best actor, original screenplay, and original score and it might pick up some of the other artistic categories, like art direction, edition, cinematography, but I can't say which. Those categories are impossible to call; those categories are why people win Oscar pools in their offices. I think that the second place for the biggest winner will be "The Social Network." Again, because I'm not sure what it will win for, because the artistic categories are up for grabs, but it should pick up a few.

Bailes: "The King's Speech" should take five awards: film, director, actor, original screenplay and score. It's not a landslide, though, and the other awards will be scattered about. "Inception" should get three with visual effects and both sounds, "Social Network" only two: adapted screenplay and editing. "True Grit" should also get two - supporting actress and cinematography (Roger Deakins). "The Fighter" and "127 Hours." one apiece.

Lyons: Colin Firth is a sure thing for best actor. His performance had such impact. There are two ways to act in movies: the outside-in or inside-out. For example, Robert DeNiro gained 60 pounds playing Jake Lamotta and made you think he looked like the character. But Colin Firth does not look in any way like George, but the way he stood -- and he must have been wearing $6,000 dollar suits -- they were perfectly cut and tailored and he was captured in a regal way. Even with an overcoat, he looked like a model. He transformed the whole idea of a man, of a king-to-be, with a problem that an ordinary person could have. People out there suffer from the same affliction and he showed that, despite the sheltered life of this king-to-be, we are all humans and subject to triumphs and tragedies.

Lyons: I really don't think there will be any upsets this year, because the favorites are so heavily favored. But if something's going to cause an upset, it would be "The Social Network" for best picture. Because "The Social Network" got a few awards over "The King's Speech" along the way - it picked up best film from Chicago, Central Ohio, Vegas, Kansas City. It's picked up a bunch of awards, so that would be the biggest and most likely upset. Let's put it this way: It would deserve to get best picture if "The Kings Speech" hadn't been made this year. They had the very difficult task of bringing the birth of a web page to life - creating it and bringing it to the screen was astonishing. And it wasn't a boring how-to or a documentary. It wasn't. And the way that only one actor played the twins was great, as well.

Bailes: Annette Bening winning over Natalie Portman. Both won (Golden) Globes, but here they'll go head-to-head; I'm hoping the Academy overlooks the "comedy" of "Kids Are All Right" and looks at the performance. Bening's was so much more shaded than Portman, who really just played stifled angst and paranoia. It seemed one-note. Bening's scene when she realizes her wife is having an affair is an acting master-class. Plus, she's been nominated three times and never won. She's Hollywood royalty, and it's her time. But on a side note: Portman should get a prize for most devoted prep for a film: weight loss, bruised toes, ribs etc.

Controversy to watch for:

The critics had different takes on what they agreed could prove controversial: the hosts:

Lyons: It's interesting that they've selected James Franco and Anne Hathaway to host this year, but I think they'll be great. People are definitely talking about it, but the two of them will do well. It will also be interesting to see what other changes they've made in the format of the show - the program has great producers, and they are taking what they think are the best things from earlier shows. But everything they do isn't necessarily going to be better. It may be terrific, but I don't know. One big thing that I'm disappointed in is how they're doing the best song - they're gonna have five performers sing songs. It takes forever. This isn't the Grammys! Five songs that nobody knows. To have to sit through that! They're chucking the thing they did two years ago, which is wonderful. To have five winners introduce the nominees, and they're cutting that out. But they're doing some good things by having a virtual stage that will put you in the scenes of the movies.

Bailes: The hosts! I'm not convinced that actors make such great hosts. Their stuff will be "written" and therefore likely to be a bit hokey. Not sure they can pull it off. Also having a nominated actor as the host seems odd to me.