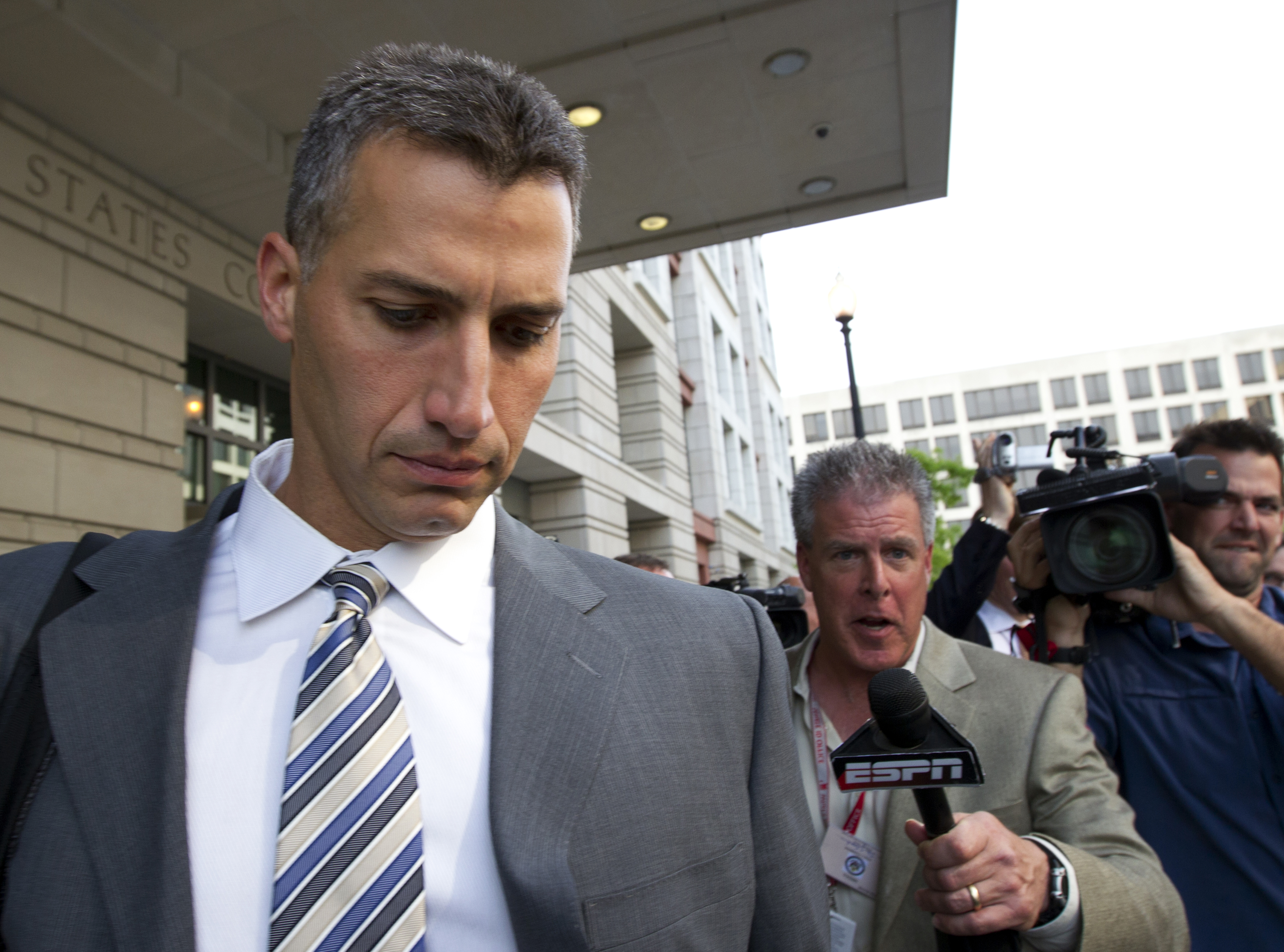 (CBS/AP) WASHINGTON - Pitcher Andy Pettitte acknowledged under cross-examination Wednesday that he might have misunderstood Roger Clemens when Pettitte said he heard his former teammate say he used human growth hormone.

Asked by Clemens' lawyer if it was fair to say it was "50-50" that Pettitte misunderstood the conversation from 1999 or 2000, Pettitte responded, "I'd say that's fair."

Pettitte is a key government witness as the prosecution tries to prove that Clemens lied to Congress when he denied using performance-enhancing drugs. Pettitte's concession could weaken the government case.

Just the day before, under questioning from a government prosecutor, Pettitte had testified, "Roger had mentioned to me that he had taken HGH." Pettitte had made the same claim in a congressional deposition in 2008, prompting Clemens to say that his friend "misremembers" their conversation.

After Pettitte's cross-examination Wednesday, prosecutors tried to salvage their witness in their re-direct questioning of him.

They referred to Pettitte's 2005 conversation with Clemens, at the time of earlier congressional hearings on steroids in sport but involving different athletes. Pettitte had asked Clemens at spring training what Clemens would say if asked by reporters about HGH use. According to Pettitte, Clemens told him he must have misunderstood the earlier conversation, and that in fact Clemens had been referring to his wife's using HGH.

"I didn't think so," Pettitte said.

Walton asked the lawyer for a filing on that but made it clear he had doubts about Pettitte's testimony.

Durham said that Pettitte's recollection is that his original memory of the 1999-2000 conversation is accurate and truthful, and that Clemens' version was not. But Walton retorted: "I didn't hear it that way," adding, "He is conflicted, he doesn't know what Mr. Clemens said."

Clemens and Pettitte had arrived at opposite ends of the courthouse a few minutes apart Wednesday morning, both in gray suits. Pettitte carried a backpack and a bottle of water. After his testimony, Pettitte got into a black SUV without commenting.

Pettitte, who is trying to make a comeback at 39, clearly was uncomfortable testifying against Clemens, his former teammate and one-time mentor.

During breaks Tuesday when the judge and lawyers haggled over legal procedures, Pettitte looked down or straight ahead, never in Clemens' direction. He rested his head in his palm, yawned, looked at his watch and sighed. A few times he rubbed his eyes for several seconds, looking like he couldn't wait for this to end.

Clemens lawyer Michael Attanasio started the doubt campaign late Tuesday when he coaxed Pettitte into agreeing that Clemens' remark was a passing comment made during a workout.

Attanasio also got Pettitte to praise Clemens' work ethic, mechanics and concentration — not to mention the seven Cy Young Awards he had won for his outstanding pitching. The cross-examination got to feel so much like a Clemens infomercial that prosecutor Steven Durham objected at one point.

Pettitte was crucial to a government case that otherwise will rely heavily on the testimony of Brian McNamee, who worked as a strength coach for both Clemens and Pettitte and has said he injected both men with performance-enhancing substances. The government showed the jury photos of the three working out together in Texas during happier times — "Mac, Roger and me," as Pettitte put it.

Pettitte has acknowledged he received HGH from McNamee; Clemens has not. Pettitte told the jury about the time he used HGH in 2002 while recovering from an injury, but he wasn't allowed to say he was injected by McNamee because the judge earlier ruled that information inadmissible.

Pettitte said he used HGH one other time, in 2004. He said he regretted it both times he tried it, that he doesn't think it helped him physically and that it has tarnished his name.

"I wish I never would've" taken HGH, he said in his slow Texas drawl. "If I hadn't done it, I wouldn't be here today."

Newsday reporter Jim Baumbach, who has kept a running account of the testimony on his Twitter account, reports that Pettitte said he never discussed his decision to take HGH with Clemens.

Both Clemens and McNamee have said McNamee injected Debbie Clemens with HGH at the Clemens home in 2003, although they differ over certain details.

During prosecutor Durham's questioning, Pettitte described how he admired Clemens as a youngster and considered him a mentor when they played together for the New York Yankees and Houston Astros. Pettitte said he still considered Clemens a good friend but hasn't been able to talk to him for a long time because of the case. He also said it was difficult to testify against his friend.

But there was almost no interaction between the two large men this week. About the only time Pettitte looked in Clemens' direction was when the prosecutor asked Tuesday whether Clemens was in the courtroom, and Pettitte pointed to the man in the suit and "greenish tie." Clemens stood and nodded.

For his part, Clemens took more notes than usual on his yellow legal pad.