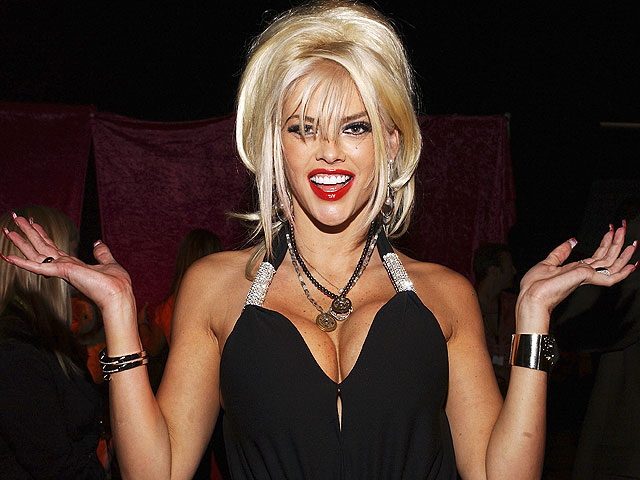 Still, Britain's venerable Royal Opera raised some eyebrows when it announced that its next production would be based on the short, sensational life of the Playboy Playmate-turned-tabloid-superstar.

"Anna Nicole" opens Thursday in Britain's Royal House Opera with a distinguished cast and crew as well as a warning of "extreme language, drug abuse and sexual content."

The opera is directed by Richard Jones, who has worked with the Royal Opera as well as the English National Opera, and conducted by Antonio Pappano, the Royal Orchestra's music director. Music is by Mark-Anthony Turnage who composed operas such as"Greek" and "The Sliver Tassie", and lyrics are by Richard Thomas, who was co-creater of the high art-meets-trash culture "Jerry Springer: The Opera."

Thomas, writing in Britain's The Times newspaper, said Smith's life was perfect material for opera: "absurdly beautiful ... hysterically funny and heart-wrenchingly sad." He supports his choice of the protagonist by adding "If we live our lives on a scale of one to 10 then most of us, most of the time, experience something between three and seven. Anna was one and 10s from beginning to end."

Smith's story is luridly larger-than-life. Despite her death at 39 in 2007, her life was filled drama, excitement, riches, fame and tragedy. She reinvented herself from a single small-town mother to a voluptous infamous blonde bombshell. She rose from topless dancer to heiress via Playboy and reality TV.

In 1994, she married J. Howard Marshall, who was an oil tycoon 63 years her senior. When he died 14 months after their marriage, she battled with his family over his estimated $1.6 billion estate. The case continues four years after her death.

She lived her life magnified by the public; she starred in her own reality show and even gave birth to her daughter Dannielynn Smith on camera. Three men, including Smith and Prince Frederic von Anhalt, the husband of Zsa Zsa Gabor, claimed to be the baby's father.

Sadly, five days after the birth, Smith's 20-year-old son, Daniel, died of an overdose in her Bahamas hospital room. She died five months later, of what was ruled an accidental overdose.

The company bills the show as "provocative in its themes, exciting in its bravura style and thrilling with its sheer contemporary nerve."

It is not the first time opera as taken on divisive real-world subjects. "Nixon in China" - - an opera about U.S. President Richard Nixon's historic 1972 visit to Beijing- and "The Death of Klinghoffer" - based on the murder of an elderly American during a 1985 cruise-ship hijacking by Palestinians - are other examples.

6 performances have been scheduled from Thursday to March 4, and all have been sold out.