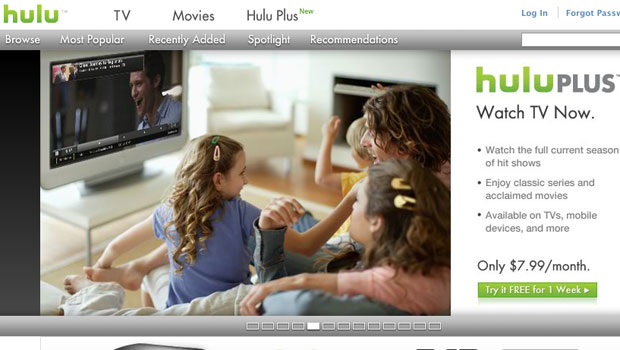 Whoever is seeding the market with selected leaks about a buyer for Hulu - presumably to ratchet up the bidding - is doing one marvelous job. The latest name to appear on the list of would-be acquirers holding talks about a possible acquisition is none other than Apple, a couple sitting on a $76 billion cash hoard. (Actually, it's $76.2 billion but you get the idea.

Apple has reportedly joined a growing list of companies said to be considering a bid for Hulu. Bloomberg is quoting unnamed sources revealing that Apple has held preliminary talks that may lead to an acquisition. Apple, which doesn't comment for something as mundane as the weather report for Cupertino, Ca., did not immediately return a call from our sister site CNET seeking comment. Neither did Hulu but if either does - and don't hold your breath - we'll let you know.

Gizmodo wins the snark du jour prize with this delicious headline asking who isn't interested in buying Hulu? But one could make a plausible case why an Apple-Hulu deal makes sense. What with all those millions of existing iTunes users, Apple, as the Giz geeks correctly note, would be in a great position "to serve up this content to hundreds of millions iPhone, iPad and Apple TV owners."

Can't wait to read tomorrow who the next entrant into the sweepstakes might be. In the meantime, you can read the full story, as we know it for now, here at CNET