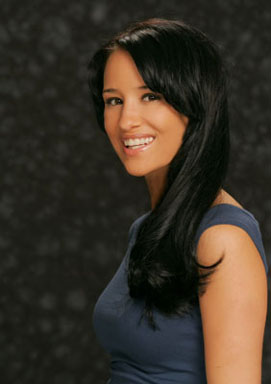 After a week's worth of shuttle diplomacy, CIA Director George Tenet was able to persuade Israel's Prime Minister, Ariel Sharon, and the leader of the Palestinian Authority, Yasser Arafat, to agree on what is officially being called a "work plan" on security-related issues.

Essentially, the plan is a cease-fire agreement. If the work plan is fully implemented — and that's a big "if" — and followed by political steps going forward, then Tenet's efforts will become much more meaningful.

Neither leader signed any piece of paper and both had reservations about Tenet's proposals aimed at stopping almost nine months of violence.

However, both sides agreed to accept the plan, which was proposed as the first in a series of moves by a committee headed by former Sen. George Mitchell. The ultimate aim is to get back to peace negotiations between Israelis and Palestinians.

The Mitchell Committee recommendations envision an end to the violence, a cooling off period with confidence building measures and, finally, a return to peace negotiations.

Mitchell, speaking at the University of Maryland, was asked if Sharon and Arafat, each politically weak, can lead the two sides back to the peace table. "I believe they can and I hope they can," Mitchell said, "because the alternative is so unacceptable."

Professor Shibley Telhami, introducing Mitchell, said, "the conflict is now at its most critical juncture."

For the moment, Palestinians need to take actions to clamp down on terrorists and arrest those committing such actions, thereby giving Israelis a greater degree of security.

Israel will be asked to withdraw its military to a point where it was based last September 28, when the current fighting began, and, in addition, ease the restrictions on the movement of Palestinians between the West Bank and Gaza and into Israel.

Click here to learn more about conflict in the Middle East.
Robert Satloff, a Middle East analyst and head of the Washington Institute for Near East Policy, has just returned from a trip to Israel and the Palestinian territories.

Satloff says the Tenet agreement may be the best that could have been worked out at this time but leaves many important questions left unanswered.

What is the definition of violence, for example? Details are also lacking on the meaning of "incitement," on who should be arrested and on how monitoring — by the United States — will wor, according to Satloff.

Satloff's conclusion, after he and a small group of journalists met with the most senior Israeli and Palestinian leaders, is that "the most likely solution is a long war of attrition…" between Israel and the Palestinians.

"For the U.S. that means," says Satloff, "conflict management, not conflict prevention, and certainly not conflict solution."

Today's state of affairs comes less than a year after the breakdown of the Camp David peace talks. The descent from near peace to the verge of a war of attrition is a stunning reminder of how thin the line is between the two, as well as how deep the chasm is between these two adversaries.