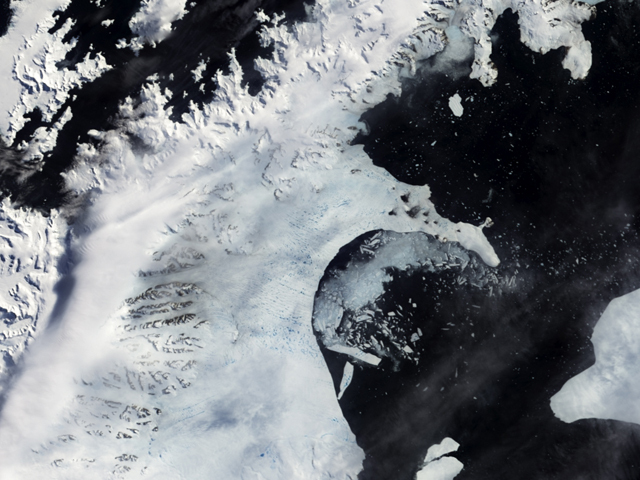 A mammoth Antarctic ice shelf is losing billions of tons of ice each year, according to a new study published in the Journal of Glaciology.

Between 2002 and 2006, least 11.2 billion tons of ice were lost each year at the Larsen B ice shelf. Over the next four years, the per-year loss averaged 10.2 billion tons, according to researchers.

The Larsen B ice shelf had been stable for around 12,000 years until it lost an area of ice roughly comparable in size to the state of Rhode Island in 2002. The region is located near the northwest part of the Weddell Sea, and extends eastward along the coast of the Antarctic Peninsula from Cape Longing to Hearst Island.

NASA: Photos of breakup of the Larsen Ice Shelf