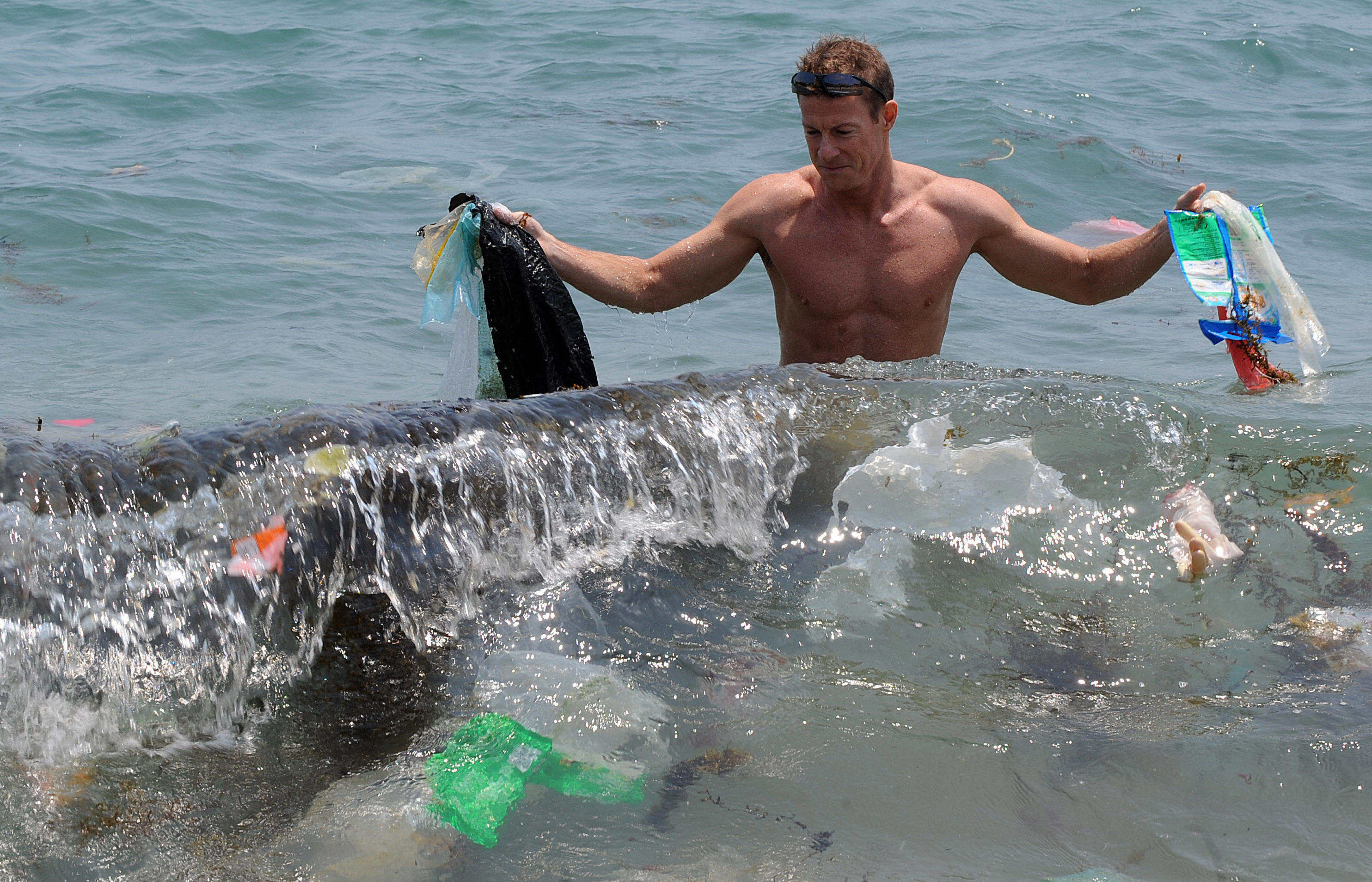 WASHINGTON -- People are changing Earth so much, warming and polluting it, that many scientists are turning to a new way to describe the time we live in. They're calling it the Anthropocene -- the age of humans.

Though most non-experts don't realize it, science calls the past 12,000 years the Holocene, Greek for "entirely recent." But the way humans and their industries are altering the planet, especially its climate, has caused an increasing number of scientists to use the word Anthropocene to better describe when and where we are.

"We're changing the Earth. There is no question about that, I've seen it from space," said eight-time spacewalking astronaut John Grunsfeld, now associate administrator for science at NASA. He said that when he looked down from orbit, there was no place he could see on the planet that didn't have the mark of man. So he uses the term Anthropocene, he said, "because we're intelligent enough to recognize it."

Grunsfeld was in the audience of a "Living in the Anthropocene" symposium put on last week by the Smithsonian. Meanwhile, the American Association for the Advancement of Science is displaying an art exhibit, "Fossils of the Anthropocene." More than 500 scientific studies have been published this year referring to the current time period as the Anthropocene.

And on Friday the Anthropocene Working Group ramps up its efforts to change the era's name with a meeting at a Berlin museum. The movement was jump-started and the name coined by Nobel laureate Paul Crutzen in 2000, according to Australian National University scientist Will Steffen.

Geologists often mark new scientific time periods with what they call a golden spike -- really more of a bronze disk in the rock layer somewhere that physically points out where one scientific time period ends and another begins, said Harvard University's Andrew Knoll, who supports the idea because "humans have become a geologic force on the planet. The age we are living now in is really distinct."

But instead of a golden spike in rock, "it's going to be a layer of plastic that covers the planet, if not a layer of (heat-trapping) carbon," said W. John Kress, acting undersecretary of science for the Smithsonian. Kress said the Smithsonian is embracing the term because "for us it kind of combines the scientific and the cultural in one word."

It's an ugly word, one many people don't understand, and it's even hard to pronounce, Kress admitted. (It's AN'-thruh-poh-seen.) That's why when he opened the Smithsonian's symposium, he said, "We are living in the Anthropocene," then quickly added, "the age of humans."

"Never in its 4.6 billion-year-old history has the Earth been so affected by one species as it is being affected now by humans," Kress said.

Steffen, one of the main leaders of the Anthropocene movement, said in an email that the age of humans is more than just climate change. It includes ozone loss, disruption of nitrogen and phosphorous cycles that are causing dead zones, changes in water, acidification of the ocean, endocrine disruptors and deforestation.

Steffen said there's no scientific consensus for the term Anthropocene yet, but he sees support growing. To become official it has to be approved by the International Union of Geological Sciences' Commission on Stratigraphy.

That process is detailed and slow, said Harvard's Kroll, who spearheaded the last successful effort to add a new time period - the little known Ediacaran period, about 600 million years ago. It took him 15 years.

The head of that deciding committee, Stan Finney at California State University at Long Beach, said in an interview that he is often called "the biggest critic" of the Anthropocene term. He said while there's no doubt humans are dramatically changing the planet, creating a new geologic time period requires detailed scientific records, mostly based on what is in rocks.

Supporters also don't agree on when the Anthropocene starts. Suggestions include the start of farming, industrialization and the use of the atomic bomb.

The Geological Society of America hasn't taken up the term yet, but may soon start paying attention to the concept, said society president Hap McSween of the University of Tennessee.

"I actually think it's a great idea," McSween said. "Humans are profoundly affecting the environment, probably as much as natural events have in the past. And when effects become profound enough, we draw a new boundary and make it a period. ... It's a good way to point out the environmental havoc that humans are causing."