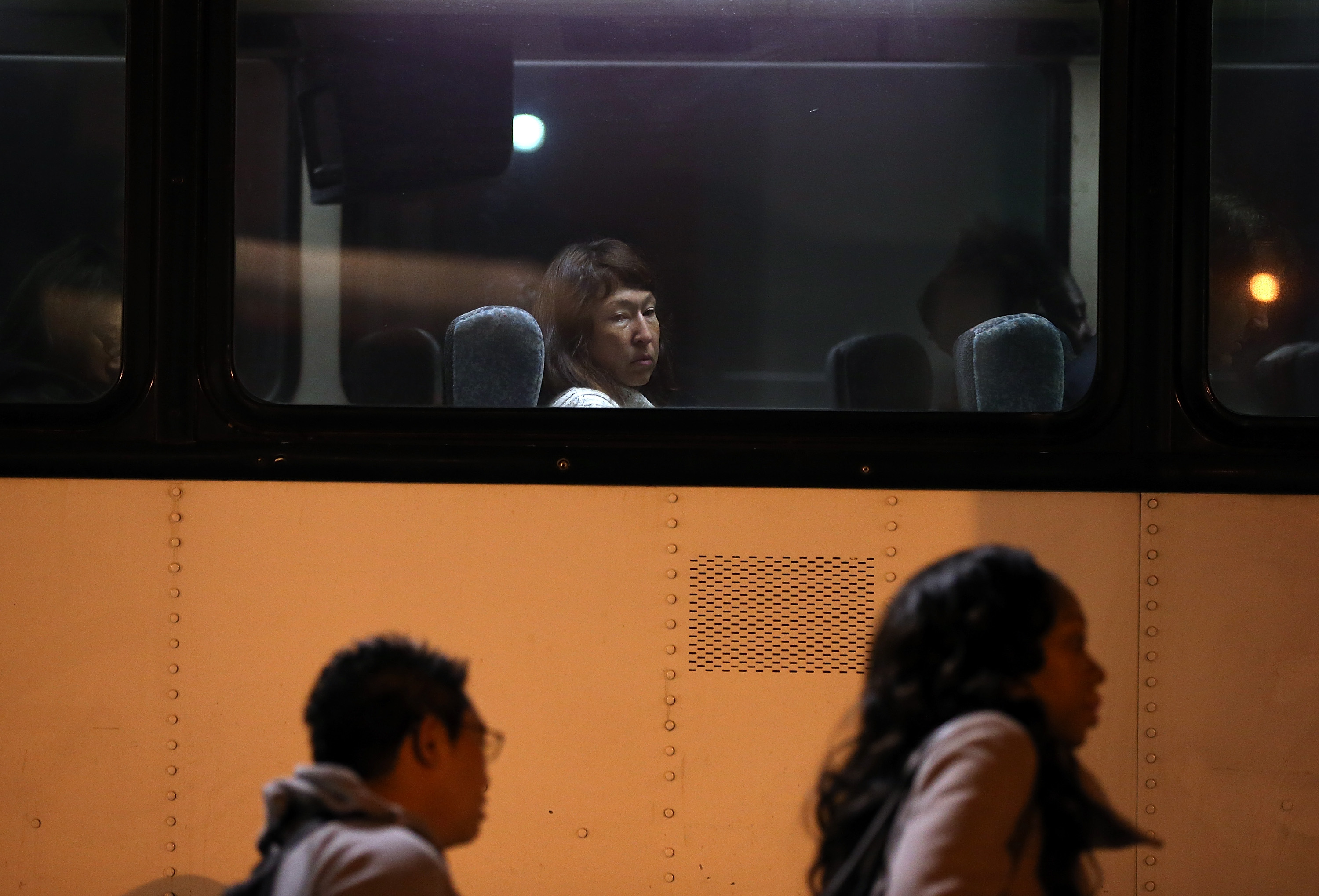 LOS ANGELES -- Federal bus safety regulators have shut down 52 companies in what they describe as a major nationwide crackdown on unsafe outfits, including lines whose drivers had suspended licenses or worked routes of more than 800 miles without rest.

Overall, the motor coach industry carries about 700 million passengers a year in the U.S., roughly the same as domestic airlines.

In April, the agency began scrutinizing 250 motor coach companies with poor safety records out of the approximately 4,000 interstate bus lines it regulates. "Operation Quick Strike" came partly in response to major crashes of carriers that, despite dismal safety records, the agency had let continue operating.

The agency said that for the campaign, it trained more than 50 inspectors to look more closely at motor coach companies, and as a result, investigations which in the past might have been done in a few days in some cases took a few weeks.

The 52 companies that were shut down "put safety by the wayside in order to compete in a very tight market," Ferro said Thursday. Three companies have been allowed to reopen after making improvements.

The agency said that of the more than 1,300 buses inspected, 340 were taken off the road at least temporarily.

Just one of the companies - Kansas-based Midnight Express, LLC - was shut down following a death. The others were closed for safety problems, including companywide failures of maintenance and violations of "hours-of-service" rules that limit how long a driver can work without a break.

Drivers for Salt Lake Shuttles of Utah, for example, routinely worked the more-than 800 mile round-trip between Salt Lake City and Las Vegas without required rest, the agency said; Illini Tours of Illinois kept running one bus for several days while a warning light indicated problems with the anti-lock braking system.

The Federal Motor Carrier Safety Administration released the inspection results about a month after another agency within the U.S. Department of Transportation faulted it for failing to crack down on tour bus and truck companies whose vehicles later crashed, killing 25 people. Inspectors had flagged the companies for serious safety violations before the crashes but allowed them to stay in business.

Ferro acknowledged that crashes in the mountains east of Los Angeles and in Oregon cited by the National Transportation Safety Board amounted to a wake-up call for her agency. "We might not have been catching all the elements" that a more in-depth inspection could, she said.