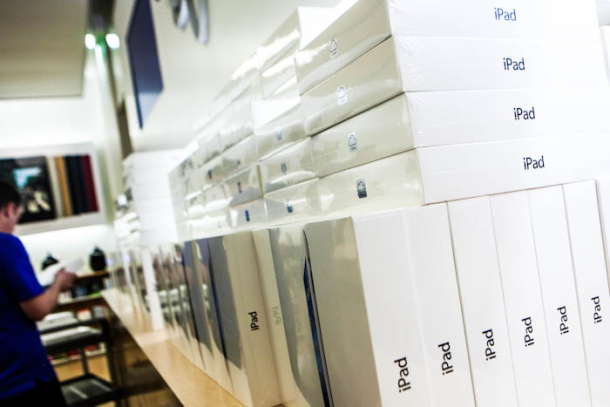 (CBS/AP) NEW YORK - Apple (AAPL) says its growth slowed in the most recent quarter, disappointing investors who thought its progress was unstoppable.

In both revenue and net income, Apple posted the smallest increases in years for the April to June period, failing to meet analyst expectations.

Apple sold 26 million iPhones in the quarter, up 28 percent from the year-ago period, but down from the 35.1 million units sold in the second quarter. The company is preparing to release a fifth-generation iPhone, which could be keeping many consumers from buying the device until the new model hits stores later this year.

Apple Q3 earnings: $35B in revenue, 26M iPhones, 17M iPadsApple: Being great without the insanityDoes Apple hide billions in profit with phantom taxesSecret's out: Apple iPhones are sliding

"We're thrilled with record sales of 17 million iPads in the June quarter," he said in a statement. "We've also just updated the entire MacBook line, will release Mountain Lion tomorrow and will be launching iOS 6 this Fall. We are also really looking forward to the amazing new products we've got in the pipeline."

Although sales of the iPhone and iPad remain robust, the average selling prices for both devices have declined to levels last seen in 2010 for the iPhone and the lowest levels ever in the case of the iPad.

Apple introduced a new iPad in March, but kept the older model in stores while cutting its price. The average selling prices of Macs also fell.

Sales of Apple's Mac-portables, including the MacBook Air and MacBook Pro lines, were up 4 percent in revenue compared with the last quarter and 3 percent from the year-ago period, according to CNET. Sales of its iPod player fell sharply, declining 10 percent over the period to 6.8 million.