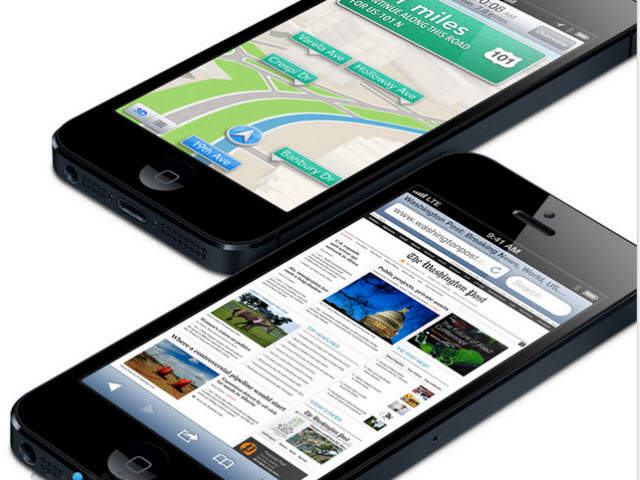 (MoneyWatch) Only days after Apple (AAPL) began to put its new iPhone 5 into customers' hands, the company's stock has taken a beating. The reason doesn't have to do withApple's disappointing mapping software, or even the reports of new iPhones being damaged right out of the box.

Instead, investors have expressed disappointment in how many iPhone 5 units sold in the first weekend. Analysts had expected Apple to sell between 6 million and 10 million devices, while shoppers bought 5 million. Yet that shortfall likely has less do with softer than expected demand for the latest iPhone than with how analysts protect potential sales.

In mid-September, Piper Jaffray analyst Gene Munster, who has a history of being highly bullish on Apple, estimated iPhone 5 sales of 6 million to 10 million through the end of the month. This was even before Apple announced that it had pre-sold 2 million units before the phone's official commercial release date on Sept. 21.

More iPhone 5 problems: scuffed out of the box
A poor person is worth 18 iPhones
Apple maps bomb with fans
iPhone 5: Not that innovative, but hot, hot, hot

The hype over huge expected iPhone 5 sales only grew as the days wore on. By last Monday, some analysts were breathlessly painting the phone launch as an economic miracle, as the Yahoo Daily Ticker video below shows:

Here's what Walter Piecyk, an analyst at BTIG Research, said earlier this week before Apple had announced the weekend figures:

As always, the first weekend of sales for them are going to be very strong. They doubled last year; they're probably going to double again or more this year. They're going to have to do probably about 10 million to really excite investors.

Then Apple released the initial weekend sales figures after the phone's commercial release: 5 million. By comparison, that topped the number of iPhone 4S units that Apple sold last year in the first weekend following that phone's release. Even so, oops.

Wall Street assumed that supply was off, not demand, given that iPhone 5 pre-orders were more than double those of the 4S. Therefore, since the 4S had old 4 million in its debut, the iPhone 5 should do twice as much, right?

Maybe not. Remember that the 4S benefited from a lot of pent-up demand. In introducing that device, Apple had shifted from a June release last year to one in mid-October. The 4S also benefited from a third more phone accounts coming up for renewal, meaning that many more people could get a new model without penalty. So if you look at a one-year normal period for upgrades, the 4S might have seen sales of roughly 3 million units.

This year, 11 months had passed since Apple's release of the last new model. Had the company pushed the start of iPhone 5 sales out a month, the company might have sold 5.4 million units.That would have amounted to an 80 percent jump in sales year-over-year.

But in 2011 Apple sold roughly twice as many 4S units as it sold 4 units in 2010, right? Again, remember the extended period of time between the 4 and 4S. Initial post-launch weekend sales the iPhone 4 were 1.7 million. Compare 3 million to 1.7 million and you get an increase of ... 76 percent.

You could argue that Apple sold a few hundred thousand fewer iPhone 5s than what a straight-line projection would have expected, but nowhere near the shortcoming that analysts and investors perceive.

Factor in labor problems at Foxconn, the Taiwanese manufacturer that assembles the devices for Apple, and the fact that smartphone market penetration is perhaps getting closer to a natural limit and suddenly 5 million phones doesn't seem too shabby.